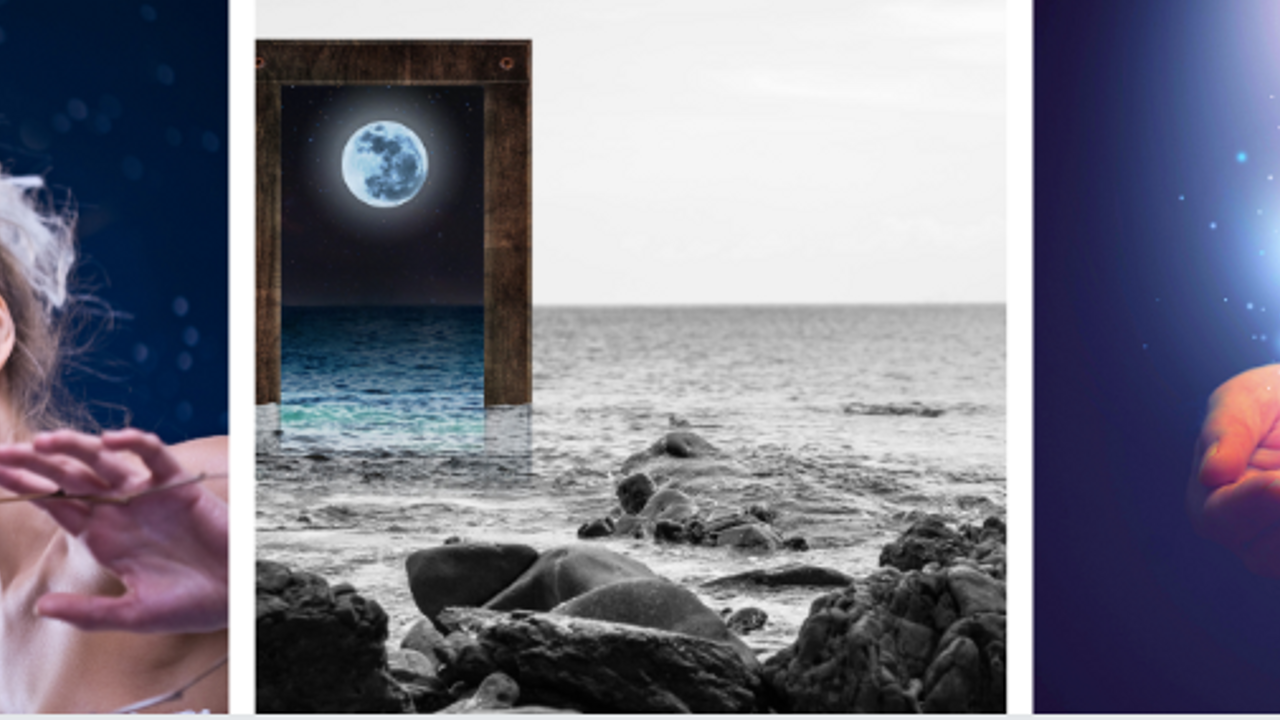 There’s a doorway to your soul coming to a cinema near you on 12th of 12th.

The winds of change are gushing in, shaking up the bones whilst it whips up the storm all around you.

What if all you can see right now is how much it’s sucking out of your life than bringing in?

Perhaps you even feel vulnerable with what COULD come in?

There are many reasons why this December’s Full Moon is being called:

The “Love or Financial Crisis” by The Astrology King...

“The Roller Coaster Moon” by Darkstar...

Or as the ever positive Forever Consciousness put it - “A Great Time for Release”!

(btw! congrats to my Transformational Truth of Tarot student Claire Chilvers for getting a regular Tarot blogspot over on Forever Consciousness! - see Claire’s articles here)

Things may be intense, but it’s not what I want to focus on.

As Einstien says, your imagination is the preview of your life's coming attractions.

My aim is to remind you of the bigger vision - your 2020 Vision.

But sometimes we need to release the life we thought we should live...

In order to live the one that's meant.

I don’t believe  it’s an accident that this last Full gestation Moon lands on the day of the general election of that it is so aligned to the number 12, the very number of the year (Add up 2 + 0+ 1+ 9 and what do you get?)

12 is important when it comes to numerology since it signifies completion.

Completion of a cycle of evolution, just like the 12th star sign Pisces, the sign that governs The Hanged Man (the 12th card in the Tarot).

Representing the mystic, the enlightened and the sacrificed.

The Hanged Man dangles by his foot, the body part of Pisces.

Last night I said to my husband:

My husband - being Gemini (like this Full Moon) likes to go off on made up conversations with himself! So this set him off acting out a conversation between Buddha and Jesus….

Jesus: Did you hear that Buddha?

Buddha: No, all I hear is silence.

Buddha: You can’t say Jesus! You are Jesus!

Never a dull moment in our house!

But on a serious note that was a message from the Gemini Full Moon.

Lessons come round again and again, and that’s life!

At the end of of this 12th month the current climate is of crisis - on the macro and the micro. Now 1 out of 2 people (1:2) of us are likely to experience Cancer in our lifetime.

It’s fast becoming a “normal” thing to have Cancer, what could force you to re-evaluate your life more than a life threatening disease?

We are at the end of a birthing year and here's why it’s so hard to let go.

The Empress and Hanged Man are “birth partners” in the Tarot. Birth pairs are worked out via the numbers, e.g 12 The Hanged Man deduces to 3 The Empress (1+2 =3 ).

Put the two visuals (above) of the cards together and you'll see The pregnant lady giving birth to The Hanged Man with the umbilical cord around his foot.

It's hard to let go of that which has been part of our life, and particularly when it’s physically been a part of us, cancerous or not.

But if we don’t we suffer, our life, our world can’t live.

It was the proposed date of the end of the world (or that’s how Europeans translated the end of the Mayan calendar). But as Aiesha Cosmos ( the Mayan Astrology teacher on my upcoming New Year Retreat in Tulum) says, it was the end of one way of being.

The Hanged Man takes his own sweet time.

We are currently in a state of flux, a crisis point, where things are not as they once were, nor are they how they will be, and at the same time, can’t we say that’s life?

From the moment we are born, until we die, things are in constant flux and change and this is the only constant.

And there are times these changes are more profound than others.

The Sun: returns to when you were born - your birthday! (A rebirth of yourself)

The Moon: every fortnight and six months in particular when it eclipses.

Jupiter: Growth spurts every 12 years due to it’s 12 year orbit.

Saturn: The big karmic lesson coming round every 7 years.

Chiron: The wounded healer opening up your very reason for being here at 50

And that’s not taking into account the Mercury, Venus and Mars forwards and backwards retrogrades or Pluto!

Yes there are always changes!

My job right now is to help you see what THIS one is about so:

Is it any wonder that the next two Moon’s are eclipses?

We have the upcoming solar eclipse on Boxing day and the lunar eclipse on 11th 2020. The English word eclipse is Greek for "abandonment” a time that many ancient civilzations feared as the end of the world.But the Mayans were the most advanced astronomers and understood this time as a passage of birth.

The ancient civilization of the Mayans placed so much emphasis on eclipses that they predicted them accurately right up to the end of the Mayan Calendar.

K’inich Janaab Pakal the most famous Mayan ruler who reigned from 615-683 CE, used this knowledge to rebulid to the spiritual charter of his city, by resurrecting the Jeweled Sky Tree (Wakah Chan Te).

The Jeweled Sky Tree formed a portal to communicate with the Gods and ancestors, it is the Mayan version of The World Tree.

The world tree is the tree is what The Hanged Man (Odin) hangs upside down on. Sacrificing himself by plunging his head into the underworld to give consciousness to the world.

The world tree is the tree of the shamans, the cross of Jesus, Buddha’s Bodhi Tree. It’s The Tree kabbalists travel up and down on. It has it roots in the Underworld, its trunk through the Middleworld and its branches soaring into the Upperworld of the cosmos.

So is there something in sacrificing yourself with a tree?!

Now I am not saying we should go round sacrificing ourselves or other people! I’m talking more about how Buddha sacrificed his worldly possessions when he sat under a tree.

What is turning your life on it’s head at the moment that you need to sacrifice?

What do you need to accept with grace so you can birth?

I wonder if the Mayans (being no stranger to sacrifice) managed to take the sacrificial consciousness of Odin (The Hanged Man) and channel it back up to turn everything on it’s head?

Odin is Norse, not Mayan but as Joseph Campbell’s work (The Hero’s Journey ) shows us as well as this study of the world tree, it’s the same story wherever you go in the world.

Let’s look at this process of turning something on its head:

Back in 2016 I was doing a proper Mexican Sweat Lodge in the jungle with a Shaman during an eclipse. It was a great experience, but nothing more profound than a more spiritualised version of a communal sauna! I returned home and dozed off feeling super sleepy, dreamy, magical and cleansed. Only to awake in the early hours by a dream (or visitation) from The Magician in the Tarot:

He downloaded to me in an instant the concept of The Transformational Truth of Tarot Game Changer, which was perfect! Most games need testing for years but this was just unbreakable!

Writing this just now, I had another download. I wondered if The Magician (upright consciousness) had anything to do with the number 12 and  had to laugh when a quick search took me straight to my good friend David Lacopo’s blog about how The Magician is on the kabbalistic 12th path of the tree!

This time of 12 is asking us to sacrifice, to cut the cord, so we can become.

(There is a kabbalistic meditation called The Lightening Flash that links to The Magician as a way of bringing the divine down through the tree to manifest. Here’s a meditation I recorded a few years back taking you through it)

Is it any wonder then, that at the end of this 12 year i’m going back to Mexico for the first eclipse of 2020 and this time you have a chance to join me?

If you need a little helping hand in a heavenly land to:

Find an anchor for your true self to birth through Mayan astrology, as Socrates says to know thyself is the hardest yet most important thing to do with one’s life.

Release repressed resentments through past life regression. No, you won’t need to look hard. The one that’s got the key to your most pressing need, is only ever just under the surface waiting for you to access it. And when you do, understanding unlocks as does forgiveness for yourself and others.

Open your heart through a Cacao Ceremony. authentic shamanic ceremony for cleansing the heart of anything that keeps it blocked so you can return to your life ready to let the love in that you’ve been struggling to receive.

Sweat out blocks to your creative purpose in a Temezcal (Mexican Sweat Lodge) - the process that gave me The Transformational Truth of Tarot Game Changer. This year it won gold for most visionary product of 2019. Who knows what gold it could unlock for you? There’s only one way to know:

Allow yourself to replenish and receive through 5 days on a Caribbean beach, surrounded by nature. Eating the best natural foods, visiting Mayan temples, ceynotes, dolphins, turtles and other incredible wonders so you can finally properly connect to your “super - natural” nature.

Come back qualified not only in the understanding of your own personal life, but in accredited past life regression therapy!

The enlightenment process begins at the dawn of a new Decade in the Mayan city of the Dawn (Tulum):

On the day of Epiphany (6th Jan), and leave on the day of the last eclipse of the season -11th January.

I’ve got you covered, but time is ticking, it’s not something that’s happening again.

This once in a lifetime opportunity is not going to wait for you to feel ready. Whether that's financially, practically or emotionally, the clock strikes 12, it’s here now and then it’s not.

So if you feel the call in your soul and you would like to check with me if it is indeed something you should let pass you by or not then click below for a non - obligatory talk:

✨Click Here To See If It's Meant To Be!

And I'll get back to you.