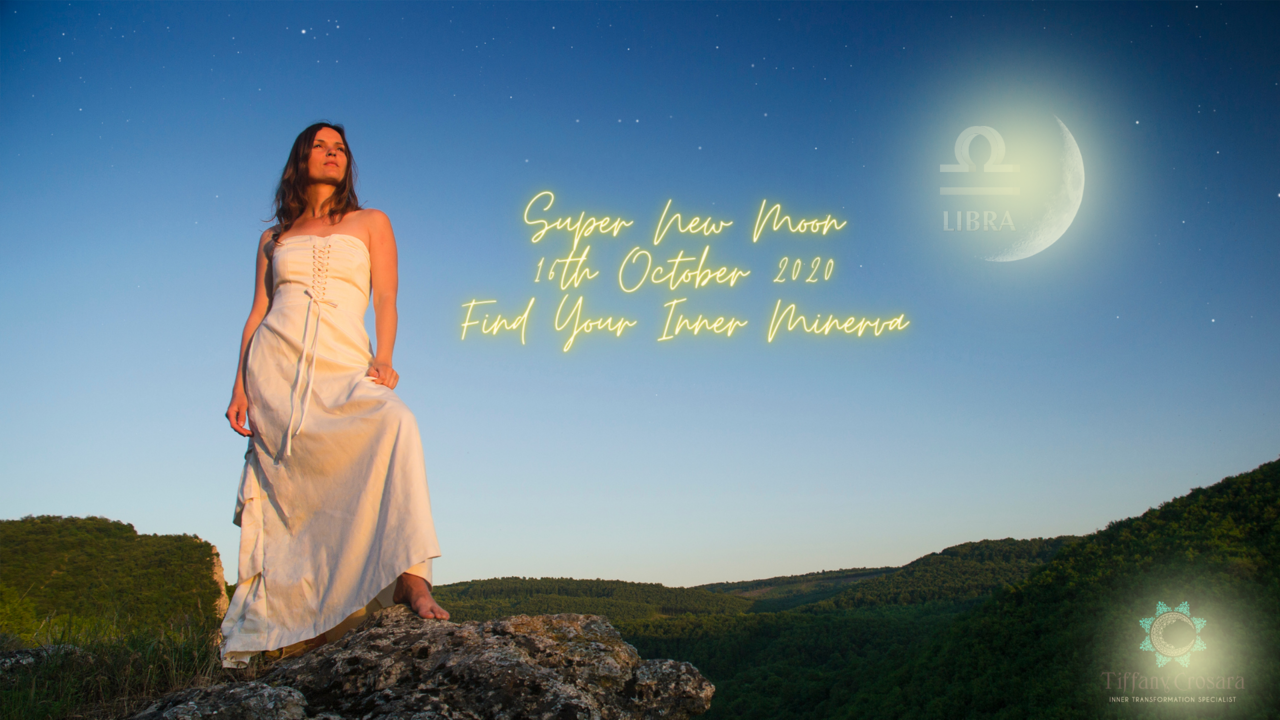 Welcome to the second super New Moon in a row, one of three welcoming you into December’s Eclipse season -what a crescendo for 2020?

There’s no doubt the world is changing around us, and the pressure can easily trigger, making us act out rather than act in. “In” is an anagram of “Minerva” as is “nerve” well, “nerv” but you get me?

I mean whose gonna lose it over the letter E right?

Well maybe many of us at the moment... what with Mercury and Mars both being retrograde.

Retrogrades are about going within, Mercury rules, thoughts, speech and the nervous system and Mars, well Mars has a nerve! But with Mars being turned in on oneself, we can easily short wire right now.

However, the intention of Mars and Mercury retrograde - is not to make us implode.

These times help us take a look within at our thoughts and words (Mercury) and our actions ( Mars). But if you’ve got some wounding, it can  trigger a shame core, and you can get caught in the shame and blame game.

The opportunity is in reworking the way you think, speak and behave.

And there you’ll find the divine flow and shift.

This Super Moon is the second in a row (Super Moon’s have more force) to be triggering the tense aspects to Mars, Pluto, and Saturn. The sky is on "high alert" in three tier covid talk.

But hey ho, it’s never we haven’t lived through before, these are the times we are living in, and we are adaptable creatures.

It's time to find our inner Minerva.

If you’ve been following me this year, you’ll have noticed I'm banding around the word Minerva a lot.

Our new cat, we called her Minerva after she threw herself in a Bath full of water on our first meeting - this link will make more sense soon...

Is a mantra in our house and not just because our kitty is EEEXXXTTTREEEMELY naughty!

Since the Full Moon in Aries happened on 1st I feel Minerva’s presence so powerfully, it’s like she’s bust open a manhole here in Bath and risen from the underworld.

So who is Minerva?

Why is she rising right now and out of a manhole in Bath?!

What's this got to do with the New Moon in Libra?

How do I find my Inner Minerva and why would I want to?

Who is Minerva and why is she rising out of a manhole in Bath right now?

Minerva is one of nine muse Goddesses, in Greek Mythology she is Athena - warrior Goddess.

The Daughter of Zeus and Mnemosyne, who preside over strategic warfare,the arts and sciences.

She is an alpha male archetype, in that she gave birth to herself by splitting her father’s head open with an axe!

Oh my wasn’t she the apple of her daddy’s eye? He admired her for being a chip off the old block did ol Zues, the great God of war (he was Aries - what the last Moon was in).

Minerva is Justice in the Tarot, ruled by Libra (this new Moon). In Egypt she is Maat, who weighed the hearts of man against a feather to see if they were light enough to enter the kingdom of God.

And for the Romans Minerva is Minerva - and she’s here in my hometown of Bath because...

When the Romans came to Bath in 50 ad they were astonished to find hot springs.

They saw it as a gift from the Gods, which it was of course, well maybe more of the Goddesses - and one Goddess in particular. Sulis. The Major Celtic Goddess of healing waters and clarity, whose resting place was Bath.

The Romans being sensitive to their Gods kept homage to Sulis, when they built the Baths as a Sacred temple to “Sulis Minerva”

I’ve lived in Bath on and off for the past 5 years and have wondered why such a powerful place and energy has felt so blocked to be honest.

It’s like Sulis Minerva is caught in the system and made money out of, ouch, she’s a slave to the system there’s no freedom, a sign of the times? Maybe? Or maybe this is the way it’s always been?

You can’t get into the hot springs unless you pay the thermae spa or Gainsborough hotel a small fortune.

The head of Sulis Minerva sits in a glass case in the Roman Baths, untouchable, and inaccessible.

You can look but you can’t touch. However that is VERY Minerva as you’ll find out at the end of this blog.

However, I can only imagine this is a fate worse than death  for a Goddess whose such a freedom fighter as Minerva.

But something has shifted the last couple of weeks, I can feel her rising.

That’s why Bath, and why now (e.g the Moon) but why now on the bigger scale?

I know the energy of Minerva well.

Being born on 11th day of the 8th month - Justice is the 11th card of the Tarot and used to be 8th (Strength), gives me a strong feel.

I know what a difficult energy she is to hold if you get consumed by the lower energies of rage, fear and injustice.

And I know how graceful she is when you get cleansed of the lower energies of Libra, such as people pleasing and superficial un/selfishness.

When you come out of people pleasing, fear, manipulation.

When you free yourself of the over emotional reactive behaviour that eats you up from the inside because the axe of injustice runs so deep.

When you can free yourself of the karmic reaction of self sabotage.

Your heart becomes light enough to pass into the kingdom of heaven.

You become the epitome of inner Minerva - grace and diplomacy.

So that’s why you’d want to connect with her…

And how do you do that?

By finding your Inner nerve.

And how do you do that?

Here’s 3 things i’ve learnt about Minerva that helped me shift from feeling injusticed and enraged, to graceful:

“And then I learned the spiritual journey had nothing to do with being nice. It was about being real, authentic. Having boundaries. Honoring my space first, other’s second.  And in this space of self-care being nice just happened, it flowed not motivated by fear but by love.”

The higher aspect of Minerva is the epitome of truth, she is unemotional and does not manipulate, nor can she be manipulated.

She refuses to do drama, she is calm, cool, collected and silent.

There are no cords to cut, for she’s already cut them and in that she can be the uttermost truest form of love.

She tends to the war within rather and lets go of the blame and shame game of the wild warrior passage.

Because she knows all that ever does is create more karma and pain in the world - the very thing she is here to defeat.

Gandhi’s famous quote comes to mind…”Be the change you wish to see”.

So are you ready to meet Minerva?

She's always showing me how to “be more Minerva”…But some aspects are, shall we say... less desirable!

So there you go, even Minerva in her lower forms  teaches us to take more responsibility for our actions!

She might be a strong independent figure, but she also extremely loving and friendly in her own way, oh and.... Charismatic, we literally watch her for hours, which people find strange... until they meet her that is!

That on Sunday  I channeled a message from her…

My name is Minerva, Sulis Minerva.

When I say welcome little Goddess I mean welcome mini me.

It's not a put down, I don't look down on you in size, and you don't want to be a big me, I am too big for this planet, and you are needed here for and on it.

I am all around you and within you and I've brought you here to recognise that.

You have a calling, a calling at a time that is perhaps more challenged than you have ever lived through before.

I am the Goddess of healing waters, clarity, medicine, arts, science and strategic warfare.

You will need the powers of all to bring through what you are destined to in these times.

But first all let me say, the greatest battle is not with the world, but with yourself.

My title of Goddess of Strategic Warfare may give you a wrong impression.

The lowest forms of man made battle war are not my war , so let's emphasise "strategic".

I am the Tarot card Justice, I may be seen as emotionless, but that's what frees me up to be the highest divinity, channel and expression of love.

That's why in the Egyptian lands I am the Goddess Maat, who weighs man's heart against a feather to see if he can enter the kingdom of God.

I don't do battle, I do grace, even in the greatest battle with yourself, replace the word battle with grace, and find the power of such to guide you through.

Thank you for your attention.

My own feeling is that if you are reading this, then you do indeed have something to do, that’s being called upon right now.

And Minerva is right there with you every step of the way, so what can you do to keep yourself aligned to grace?

Take the above and run with it, get grace in the muscle, with every decision you make choose grace.

Due to last minute arrangements I have space for 3 lucky intuitives...

Who would like to be whisked away to the Ancient World Heritage Site of Bath this weekend ...

To bathe like a Roman Goddess in the natural hot springs of the Thermae Spa which contain over 42 different minerals! Roman Bath was called  "Aqua Sulis"  'healing through water'.

Find your vision by playing The Gold Award Winning Most Visionary Product of 2019 ... Transformational Truth of Tarot GameChanger over champagne at Bath's most prestigious Hotel - The Royal Crescent!

Have some well needed deep life changing connection and fun with old or new intuitive friends (in person!) bubbles of six, yes, but still lots of bubbles, champagne, spa etc!

Connecting with Sulis Minerva, blended Goddess of the Celtic Sulis ( healing waters and clarity). And Roman Muse of the Arts, Science and strategic warfare through:

You might leave Bath but Sulis Minerva won't leave you - because really, she is in you.

Bath just showed you where.

It might feel like a dream when you wake up, but put on your audio meditation to activate your goddess, and watch your life change.

If the thought of us getting you activated, fired up, passionate, alive and magical excites you then click here and lets see if you are one of the three lucky intuitives...

We are already finding it a challenge to get latecomers availability into the spa so the sooner you click here the better!

We've managed it so far because we pray to Sulis Minerva when we get told no and then a cancellation pops up!

Why not see if one is meant for you?

Warmest Healing Water Wishes to you!