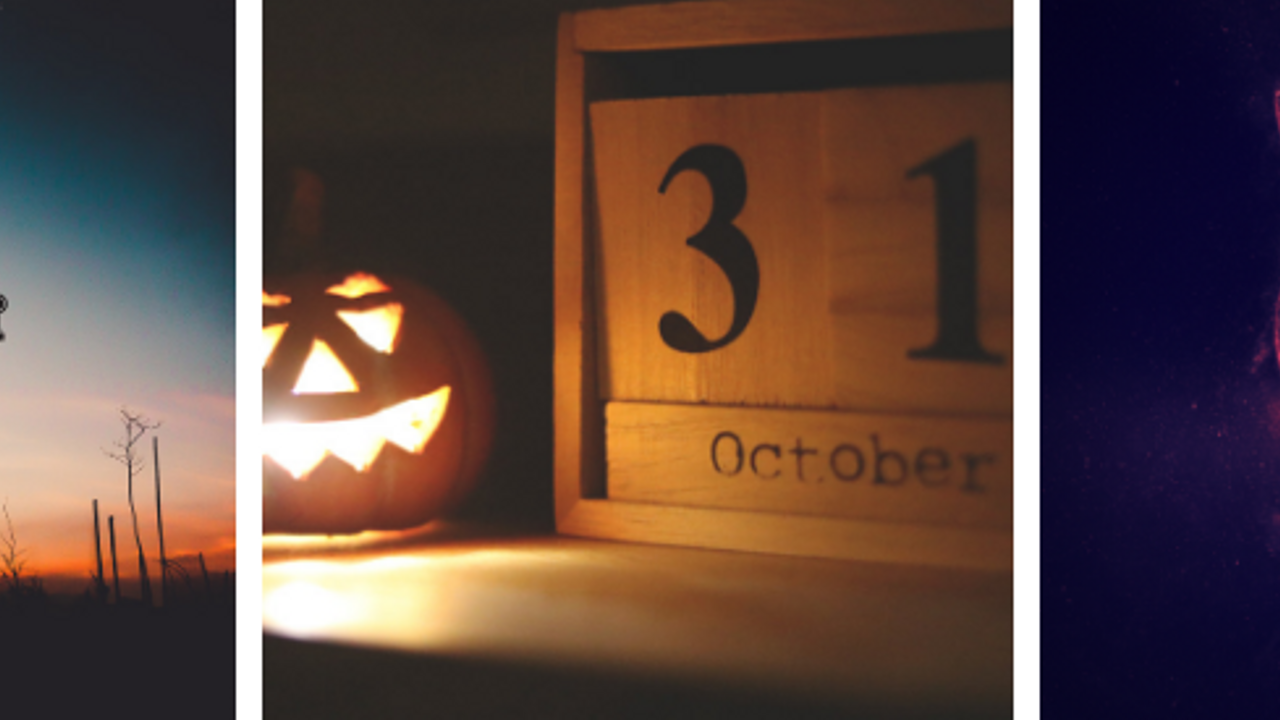 Some say the real Samhain (most connected time of this world and the other) is at the time of the New Moon in Scorpio, others say it is on 31st.

One thing is for sure is they both stand for the same trip and always occupy the same time of the year.

What makes this year's Samhain a little more pertinent than most is that Mercury goes for a retro jaunt in the Scorpion on the day of Halloween (Samhain).

Before that we have the Scorpionic New Moon striking on 27th/28th depending on where you live:

Chances are you are already feeling the power of the following occurrences wherever you are:

I’ve only seen one Scorpion in my life and it did indeed end in death.

A big black handsome fella casually walking around the tables in an outside cafe in Goa, minding his own business.

By unfortunate (or divine) timing it made its way underneath the stairs where the flip- flopped waiter was merrily trotting down.

We warned him what he was about to tread on and what followed was a flip fight between the waiter, the scorpion with a rolled up servette.

Then the final flip came, the Scorpion flipped over the wall and we heard a smash on the rocks below.

Confirmation happened on our morning walk where it laid in two pieces, just like the story of original Greek Scorpion:

The Greek scorpion was in two halves: one half, called Σκορπίος (Skorpios), contained its body and sting, while the front half comprised the claws. The Greeks called this front half Χηλαί (Chelae), which means ‘claws’.

In mythology, this is the scorpion that stung Orion the hunter to death, after Orion boasted he could kill any living thing. The moral of pride coming before a fall is here in that Orion suffers retribution for his hubris.

The bright star, Antares, is the Scorpion's heart. from the Greek word Ἀντάρης, meaning ‘like Mars,’ on account of its intense reddish-orange color, similar to that of the planet Mars.

So it is interesting that we have Pluto and Mars (the two ruling planets of Scorpio) squaring off to each other during the time of the New Moon.

Scorpios are loyal, they feel deeply and passionately and will attack if they feel threatened.

Sometimes the feeling of threat is an embedded reaction to something that isn’t real, which then becomes a self fulfilling prophecy.

For Orion, his feeling of threat was covered up by his hubris which led to his downfall.

For the Scorpion at the restaurant - maybe if he had let the waiter flip him away than keep coming back at him it wouldn’t have ended so dramatically.

The reality of Scorpio tells us it’s time to face what’s necessary, and try to do so with balance.

After all it was in the first century BC (new beginning) the Romans made the claws of Scorpio into the separate constellation of Libra.

Striking the right balance is never an easy thing in life, especially if we make decisions from fear.

For the waiter, and the Scorpion the fear meant life or death, and had reached a necessary conclusion, the situation was now out of hand and too risky.

Just like this time last week I knew I had to let my beloved familiar Mystic go. Yes my dear lil but very old wonderful Mystic Mog made her transition to the otherside, in true black cat style it had to be this time of year.

Whether at the New Moon or on 31st, we are in the time of Scorpionic time of Samhain it, so what’s it all about?

Well, if your life has been anything like mine lately it will have been hard for your psyche to keep up! It’s been a thrilling, excitable time of much joy, light shining and connection, and then we land.

When I landed I felt overwhelmed with all I couldn’t process and with how much my familiar was struggling to stay with me.

And it’s when it’s done we have to find a way to release and move into the new, but it’s only afterwards that the weight of what we have gone through hits us.

And we need that downtime to process. It’s a crucial part of nourishing the new life to be born.

This is the process of the Scorpionic Samhain passage that we are in now, and if you haven’t felt it yet then don’t worry, what’s for the soul, won’t pass the soul!

I’m assuming you now see the benefit of the Scorpionic descent into the underworld land of your psyche!?

This New Moon in Scorpio is making only one aspect: An opposition to the shocking change master Uranus.

(In fact it was only last night that here in Bath I ended up synchronistically listening to a talk about Herschel, the man who found Uranus! When he lived here, in Bath, yup! Uranus is making its presence felt - time to finally make that visit to his Astronomy Museum down the road!)

With Pluto and Mars squaring off and Uranus, this mix makes up one card in the Tarot:

The Tower. Adam and Eve are one way round throughout the Tarot until The Tower then BAM! They swap - everything is permanently altered.

The golden droplets falling from The Tower are "Yods" the fingers of God in the shape of The Tree of Life. There’s no escaping these moments - and if you try, it’s all the more painful.

This is where Samhain comes into its own.

The beginning of Perspehone's (The High Priestess) abduction by Hades (death/Scorpio) and descent into the underworld.

It marks a passage between now and spring of going within, to process all that has happened and allow the magic of darkness to create anew. Plants, babies, all gestated in the unseen, unknown world of the dark.

It doesn’t bear thinking about what happens if they tried to escape from the darkness too soon.

That’s how important this time is. It is a naturally internal time.

But we try to escape it with our alarm clocks, artificial lighting, SAD lamps, self medication and anti-depressants. Anything to skate around the top of the vortex of the dark night of the soul rather than descend into it.

This year God has upped his Yods with Mercury (psyche) turning retrograde ( inward) in Scorpio on the significant date of Halloween.

The universe has had enough of the manmade structures we build to try and skirt around the edges, so the anti has upped - - just like The Tower.

The finger of God is pointing firmly to say take this time to step out of Hubris and into hibernation and humbleness, to process, to honour the unseen.

In both the recent passing of Mystic and the not so recent passing of my daughter it was going INTO the grief that helped me. It is in looking for the sacred which can only be seen at times that we are scared of that gets you through the darkness to the best rebirth of who you could be.

This year can you find it in you to honour this time as a sacred passage of connection into the deepest parts of your psyche? Find your way back to your eternal connection to your ancestors, guides and loved ones both here and on the other side?

Can you be humble and look for the sacredness in everything?

Can you honour whatever appears in front of you with necessary action and keep your fears in balance?

Although this time is one of hibernation it is also a time of connection. Dreams and de ja vu, the weird wacky and wonderful.

The past loves both in and out of body are all about to make a reappearance.

This time can you open your heart to the gift, rather than self destruct from the fear?

Samhain is the strongest for reflection and spiritual connection and also for communities of covens. These covens give their members much needed strength and support for the honouring of their passage to be as sacred as possible.

There is one open to you now if you want to come into the fold?

Currently The Transformational Truth of AstroTarotRegression is buzzing with a coven of 22!

We  have our doors and arms open to you -  we close them on 31st for a 10 day journey through this time.

Are you called to be part of the coven?

Lets have a look!

Are you a sensitive intuitive that would like to:

👥 Integrate your shadow - so it no longer runs (or ruins) your life.

👻 Lay the ghosts of the past to rest - so you no longer wonder you what's true for you in reality.

☠️ Release any skeletons stuck in the closet - so you can be free to move on and bring new life into your new space.

🙀 Face the dark night of the soul - and transform symptoms of escape such as "S.A.D" or "SCARED" into "SACRED"

😻 Turn the misunderstanding of pain and confusion - into peace and compassion through seeing the bigger picture.

👁 See where you have been - and where you are going with vast clarity.

🙂 Release repetitive cycles - through the illumination of your psyche and path ahead.

😻 Experience what it feels like when - true forgiveness for yourself and others' happens.

🦅 Identify and fast track - your soul's evolutionary path and purpose.

🙏 Connect with and heal - yourself, others, your ancestors, and your life s in a deep and meaningful (but also magical and fun!) way 🙂

If honouring the sacred rather than scared is calling you then click the button below to check its right for you.

✨Are You Part of The Coven?