Partial Lunar Eclipse in Capricorn 16th July 2019 - The Top Ten of Stuck and Seeds of Change. 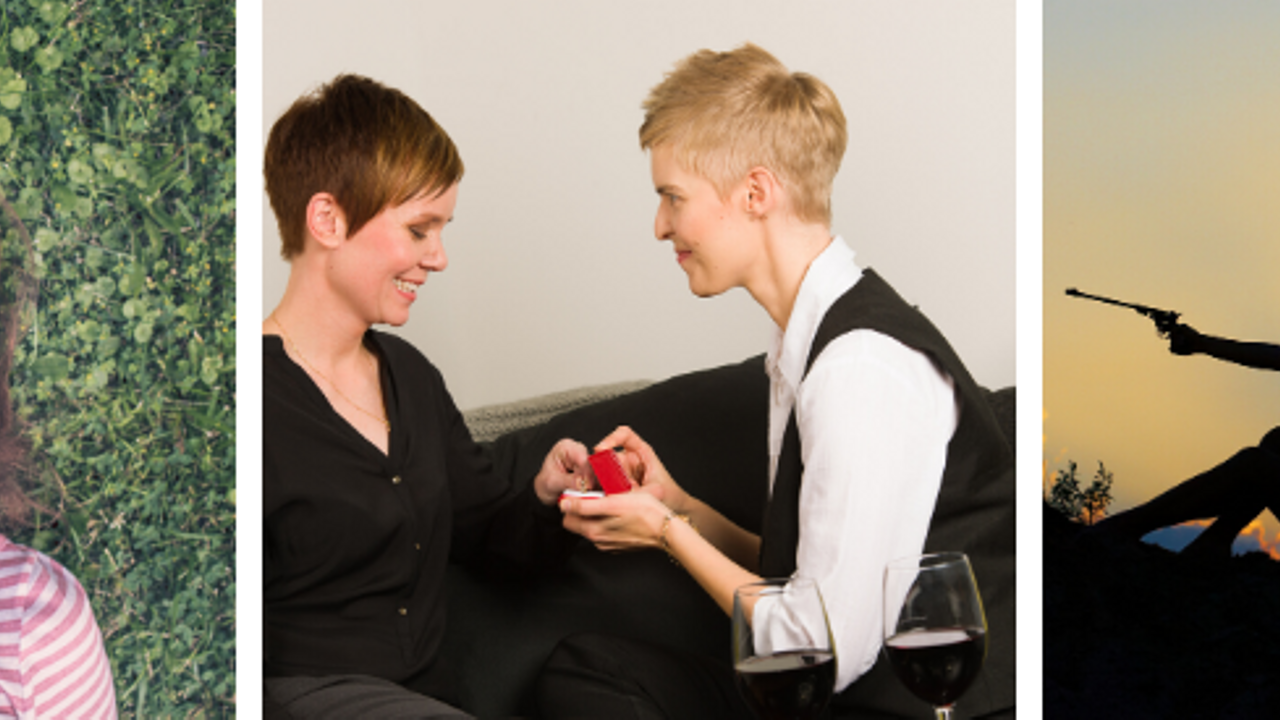 But you’ve probably been experiencing some intense energy shifts for a while now.

Being beyond exhausted but not able to sleep is one of them!

This eclipse is a mamma being conjunct the Saturn (Karma) South Node ( past lives), Pluto (death and rebirth).

Mamma Mia! We are being asked to shed the old skin of the past, taking the new kernel with us into the new.

It’s a great time to cut cords, declutter, and speak your truth about anything that doesn’t serve you.

It’s not a time to fear letting go of that which is no longer right for you.

Now’s the time to think back to last eclipse season (January).

How has your life has been panning out since then?

Because the seeds you planted then are what you are reaping now.

For many, it seems as if 2019 has been a lighter year than in a long time, maybe because it's a number 3 year of the head, heart and higher self-alignment.

Can you remember what changes happened for you in January?

Below I’m going to talk you through my journey, it will help you see what I mean:

In January I started with a business mentor, i'd made a bad choice with one previously, and it took a lot to jump again but...

January was a dark and worrisome place after having the worst year of my life physically and financially, my body, my mind and my confidence had really taken a battering and I got stuck in a horrible catch 22.

Luckily when that happens I know something, sooner or later will happen to get me out of it, that is as long as I remain open, observant and face the fear of all the reasons my head will tell me I can’t do it when the opportunity comes along!

Obviously, the reason here was money and under that faith. Being a business mentoring program, the reason I’d need to be in it is the same reason that could block it.

One of my mentors said to me years ago “Tiffany, the reason that someone needs to be on a program, is the one reason that can stop them” and it’s so true. Money, time, self-love etc…

No-one can help us until WE decide we will find the money, time or love for ourselves.

So I took a deep breath and plunged headfirst into another investment.

At a time that looked crazy to do so, but my mentor has really helped my mindset and strategy, so it paid off.

This then helped me with the confidence to start investing in myself again.

I started making other investments that I hadn’t allowed myself to do at all through 2018 - hence actually ending up in such a bad place.

In April I invested in a diet mentor and have lost two stone - two more to go. Yup, I put on 4 stone in 2018! Now I’m on track to reverse that in half the time. Not so bad considering I’m one of those moments on the lips, a lifetime on the hips kinda gals.

I also noticed that as pounds fall off me, the more they fall into my bank account!

Now I just prioritise my self-care and the rest takes care of itself!

In May I decided to take a big leap and put together The Transformational Truth of AstroTarot Flamenco retreat in Spain.

To be fair I didn’t just think “I know I will do this!”

My Spanish soul sister rang me to tell me she was getting married in Spain in four months and was I coming?

At that time my business was still shaky and I remember thinking… “Oh f***! I have to be there, and the only way I can fund it is to do a retreat in Spain! OMG Universe! Okay, I hear you I’ll ring her and ask…”

“Erm Natalie, I know this sounds crazy, but would you be up for holding a Transformational Truth of AstroTarot Flamenco Retreat with me the week before your wedding?”

Natalie, who is one of the top ten Flamenco teachers in Granada responded…..

And The Transformational Truth of AstroTarot Flamenco Retreat was born!

You’d be forgiven for thinking that I was only doing this for the money, but I wasn’t.

And that was the problem: I just wasn’t. No permission.

You see, Granada was part of my story, it’s where I took refuge in my breakdown and reformation in 2017 (2018 being the tough reaping of that seed of falling apart) and I was feeling the call to go back, but I didn’t know why and couldn’t see how.

The universe had to give me a literal “call” for me to shift that.

The Transformational Truth of AstroTarot Flamenco Retreat sold like Spanish hotcakes! It was a complete sell out within the month!

BANG! Went my negative belief of “retreats are the hardest things to fill” and simultaneously business began to quadruple.

Then came this eclipse season, kicked off by the solar eclipse in Cancer on July 2nd.

Whatever happened then is the new kernel which reaps next eclipse season kicking off Jan 11th.

I got another message, from a lady Natalie put me in touch with when I was meandering around Mexico like a lost soul before I landed in Granada with Natalie. It said quite simply one line…

“When are you coming back to Mexico?”...

That’s when I knew I had received my seed. Watch this space. There’s more to come.

Watch the space and be brave enough to jump into the void when called.

What goes around comes around in eclipse season, especially when there are six planets retrograde including Mercury.

The past gives you the new kernel. The people, the places you knew and things you have done are growing a whole new tree from that kernel.

You know what to drop and what to plant but in case you are telling yourself you don’t, I’ll give you a clue.

It’s in what you want to do but AREN’T giving yourself permission to do.

Sometimes lack of permission is SO strong that you believe you don’t know what you want. So here are ten ways you can bust through it:

You are taught to be something other than you naturally are, whether through upbringing, career or social status, and your role has become your prison keeping you from your truth.

You are stuck. You know you need to move forward, but feel like you can't.

You don't want to make the same mistakes, but you don't know how to break the patterns.

You want to live a life where you feel alive, but you need to finish all the never-ending things that always come first.

The need to try to be better than or more than, blocks and breaks your relationship to themselves, others and the universe.

You had a vision for what your life would be by now but it and you have turned out to be different.

Of yourself, others or life is keeping you disconnected and isolated and your world is becoming increasingly fearful and small.

Taking things personally and assuming the worst means relationships are tough territory, so again isolation sets in - and again your world becomes even smaller still and you feel even more stuck etc..

Is a challenge, because of feeling misunderstood, or not even being able to connect to one's truth enough to be able to be truthful with others - activating all of the above.

Although eclipses force changes the sign this Eclipse is in (Capricorn) and the tarot card for decan it is in (The Four of Pentacles) doesn't like change.

Finding it hard to let go? See if you can give yourself enough permission for a free session with me.

Hand on heart I’ve never had a session with someone who still told me they didn’t know what they wanted by the end of it.

Alternatively, if you KNOW that…
1. The “normal” holiday or mainstream social life just doesn't cut it for you.
2. Going out, means conforming, consuming and conversing in things you know only starve your soul, mess your mind, bind your body and it feels like an expensive insane pursuit that you don't even want to spend money on.
3. You want to invest in you, make time for you happen, shift your mindset and start living the life you want that’s in alignment with your head, heart and higher self, then perhaps you are hearing the call to join The Transformational Truth Retreat Tribe that’s forming across the world?

Next chance? Canada. For 3 reasons:

3. 27th-30th Sept: My retreat, The Transformational Truth of Tarot plus Accredited Tarot  Diploma.

If Canada calls you then how high is your permission level to go there on a scale of 1-10?

Is it high enough to bag the last Solo Bedroom on The Transformational Truth of Tarot retreat?

We launched Saturday when I sold all the solo rooms left on the retreat but one, here’s some of the feedback: 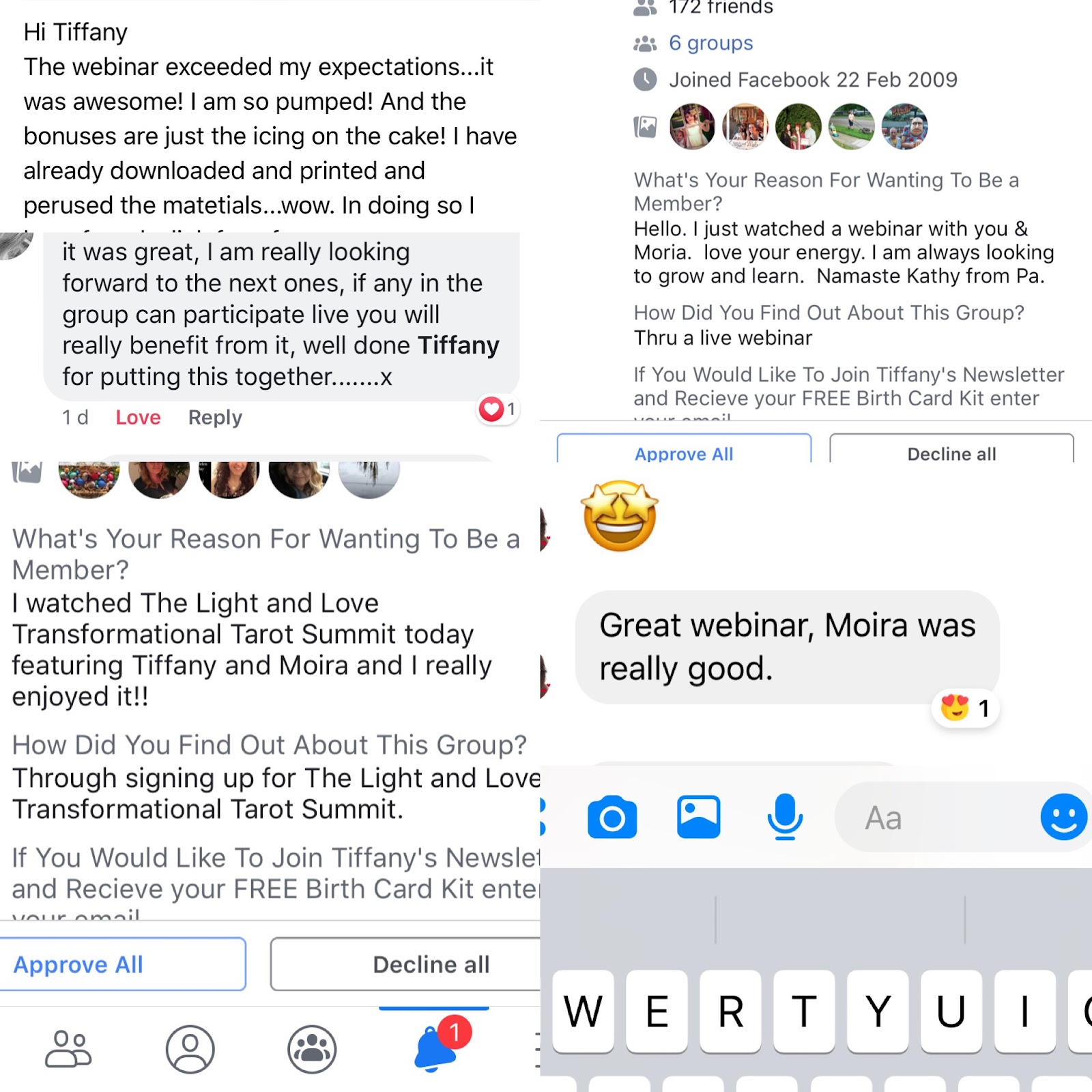 It's time to make some life changing decisions, start now by choosing at least 1 of the 3 here:

Wishing you a wonder -full Moon...