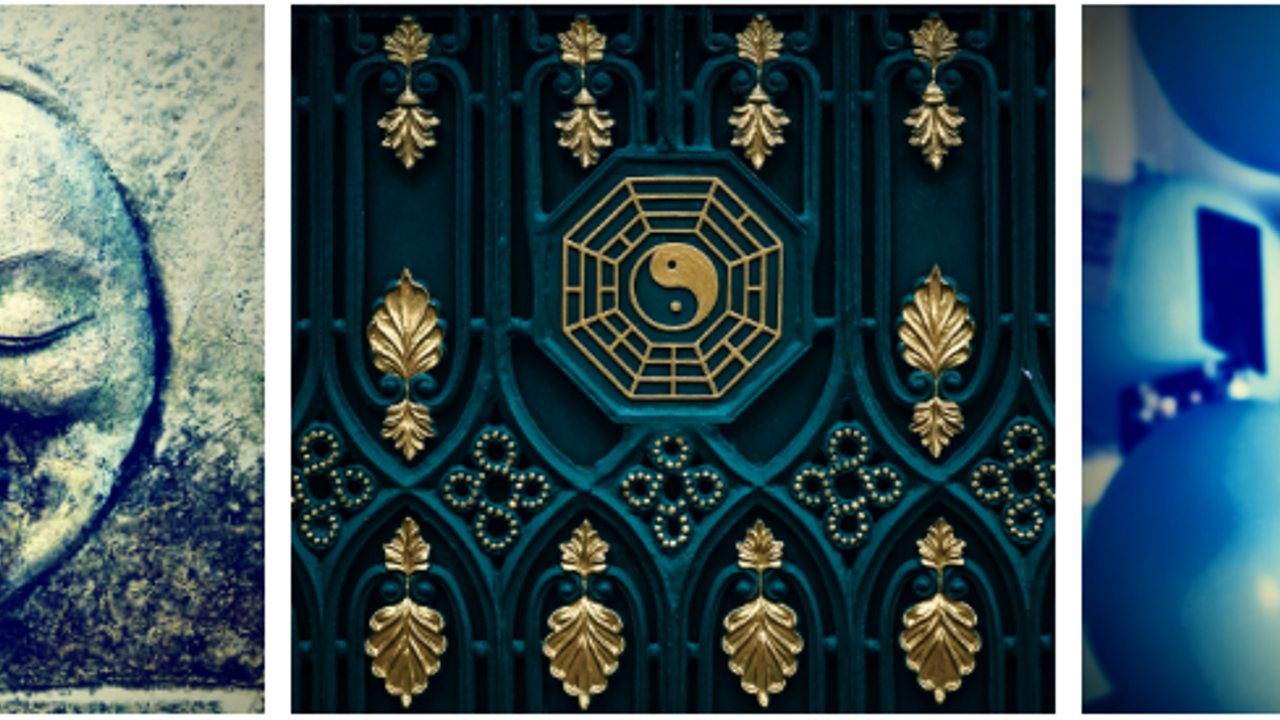 The above song is one of my husband’s favourites and feels apt for this New Moon/Mercury Retrograde (Mercury went retrograde a day before this Moon).
New Moons bring new beginnings and Mercury Retrogrades bring Rebirth and tied in with the spring here in the Northern Hemisphere this time heralds a powerful one for new beginnings.

Think back to the last Mercury Retrograde of November 17th - December 6th, what was going on for you?
For me that was a very dark time, there was a mass clearing, a mass death of my creations, one so brutal it tested my faith about whether there would be a pulse left come Spring.

What about you?
Can you resonate?

Was there anything out of kilter or balance?
If so here’s your second chance to put it right.
“Putting it right” does not mean going backwards, on the contrary it means readdressing the balance and moving on.
Mercury Retrograde ain’t necessarily a bad thing don’t you know -it’s time to turn that mindset on its head.

Let’s get some cards on the table first thing. 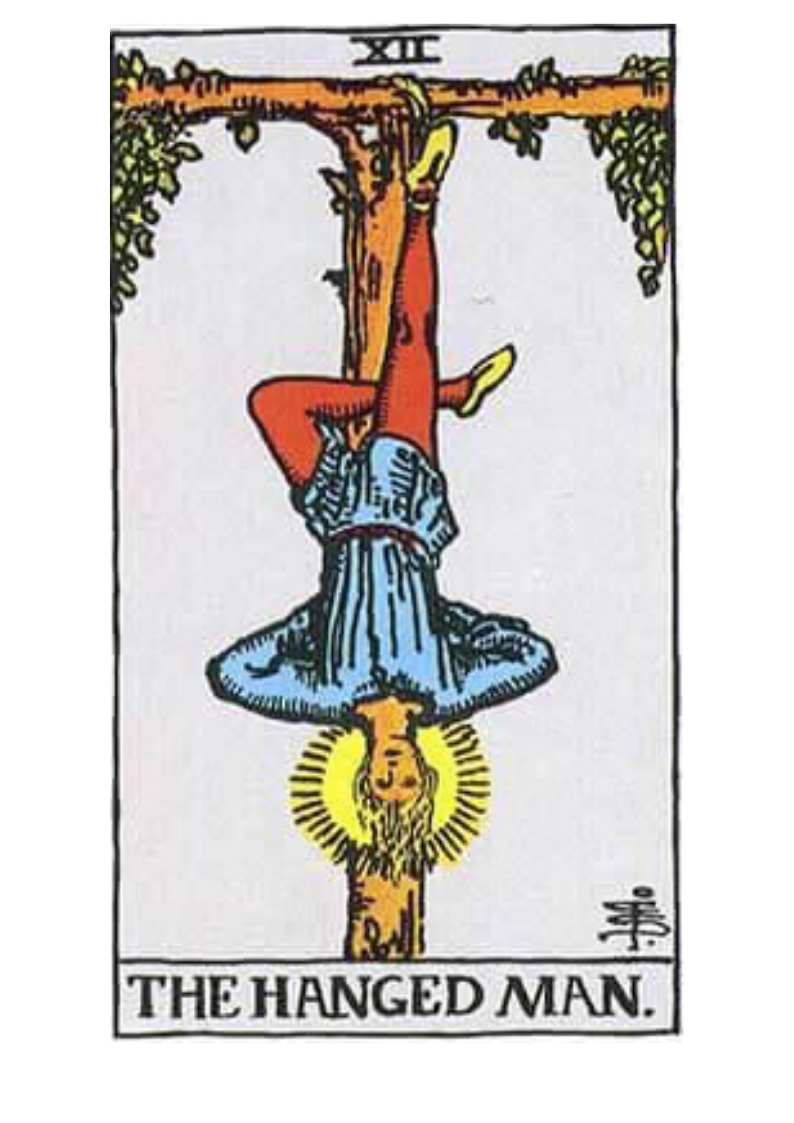 First card on the table for this New Moon is The Hanged Man (Pisces)
So let’s get another thing straight, The Hanged Man has nowt to do with gory endings - and everything to do with the release of bondage so we may find our true selves again - to do that we need to change our perspective.

The Empress, represents the Greek Goddess Demeter, the ripe pregnant Mother Earth here to supply us with everything we need.
But put two and two together and you get this:

The Hanged Man (true self) is being born, but the umbilical cord has been wrapped around the foot.
The need to get over the fear of letting go is actually paramount, the cord has to be cut. For a long ol time now, life has felt  heavy in it’s trappings, mortgages, debts, salaries, Brexit! The illusions of life have felt so incredibly real, so much so you are probably wondering what I mean by illusions! So I’ll clarify, to me anything you can’t take with you when you go is to me is an illusionary trapping of life.

We are here to evolve, to cut the cord, but boy that cord has had an ever tightening ankle strangling foot hold lately!
Now let’s clarify what I mean by lately:

I literally felt the noose tighten on the day that Brexit was declared back in June 2016, it wasn’t because I voted one way or another - if truth be known I don’t exercise my right to vote, and again, you might think “what?!” - and who am I to know what’s best?

To me it’s all another illusion and there is a bigger Chess Master in the sky.

Instead I am tuned in to the collective conscious.
And something happened that day that took me away from my true self, and for nearly three years now I have been paddling like mad to get home - and it’s been tough, being lost at sea, with the constant battering of the winter storms and endless dark nights of the soul.

Card 3 for this New Moon is The Moon, of which in Tarot is ruled by Pisces: 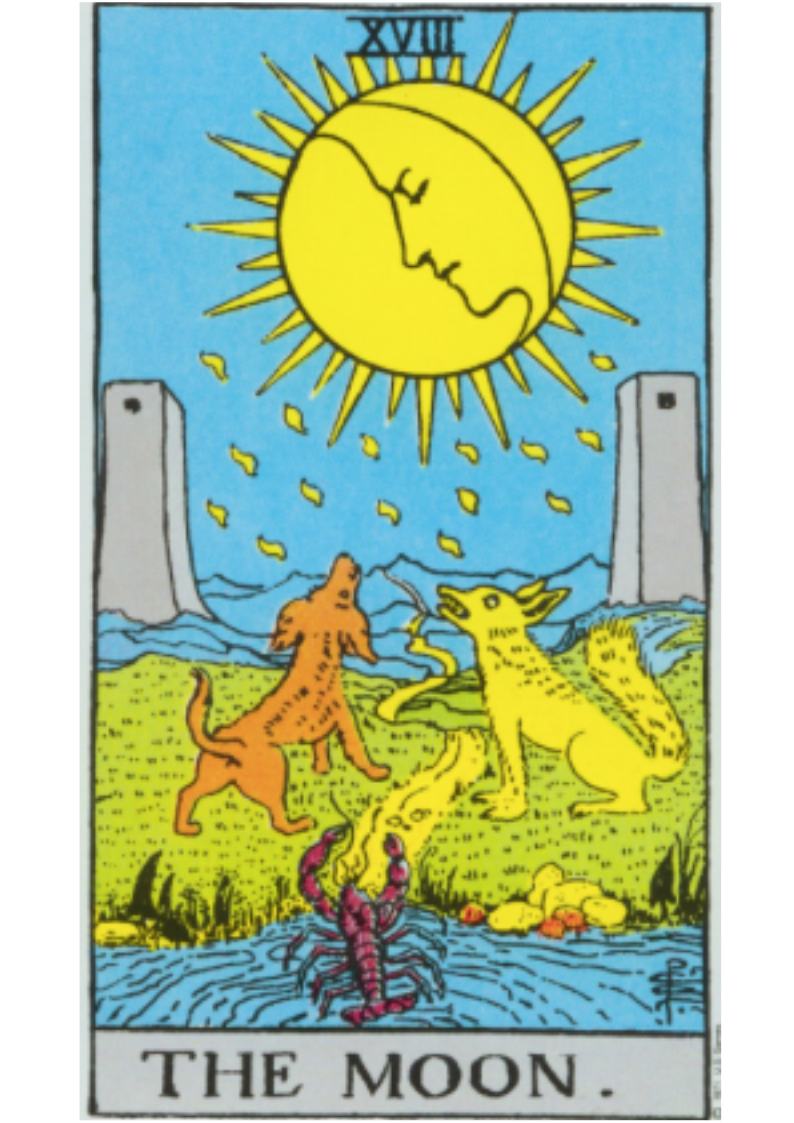 The long illusionary dark night of confusion and uncertainty.
And now we have a date? 29th of March? Or do we? I think we have been here before?

But what I do know is that in myself there is a change, a real feeling of homecoming.
And to me, that’s what this New Moon (new beginning) in Pisces (spirituality) and particularly during a Mercury (psyche) Retrograde (return) is all about.

My arms may be tired, my body may be sore, my legs may be weak, but none of it matters a jiffy if I finally feel found, and I do.

The final card on the table for the New Moon in this Decan of Picses is The Nine of Cups: 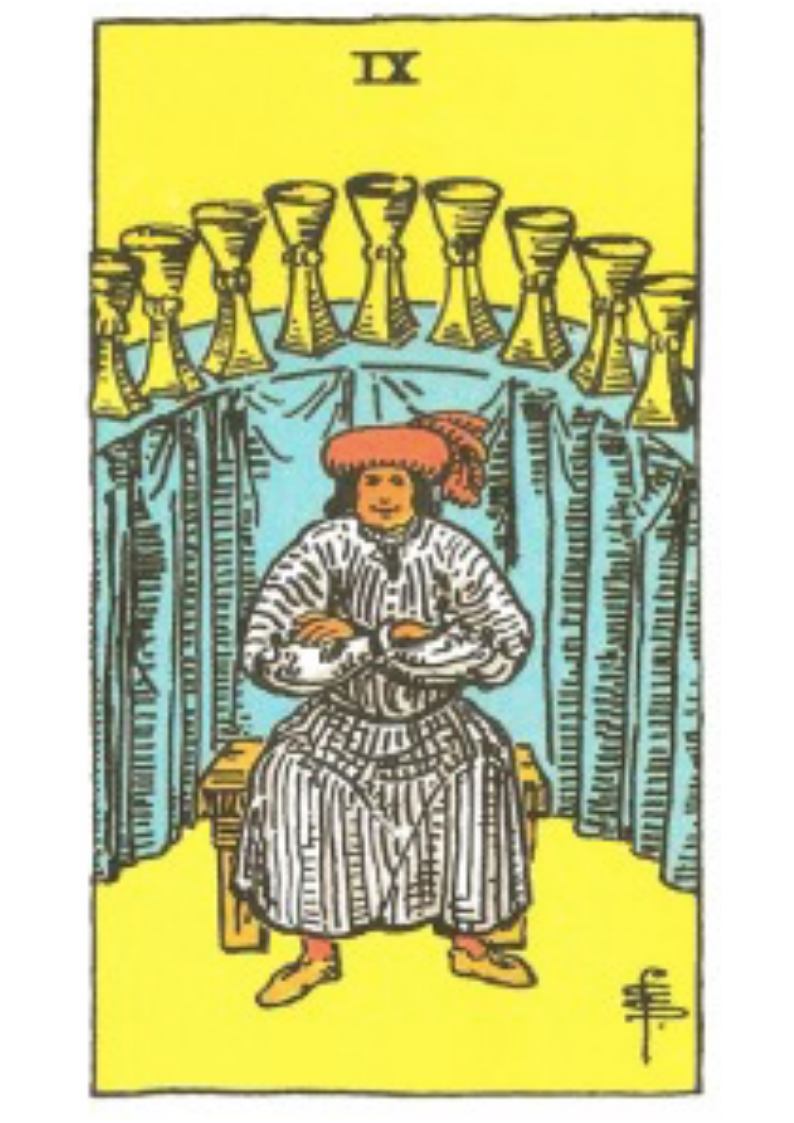 For some people this card brings up a dislike of the character who appears smug.
But really he is just a proud father - imagine a baby in his arms and you’ll see what I mean.

This is Pisces, the God of Spirituality, asking us to cut the cord so he can come to meet us.

I’m not talking the normal cord-cutting talk of releasing the cord that ties you to a person.

I’m talking a deeper one than that.
I’m talking the cord that keeps the spirit dead inside of you.

The one that keeps you tied back from all the things that bring you alive.

In the last month, I made some decisions to change things and when we do that, the magic that follows is amazing.
Here’s what happened:

1. I decided to tackle the spare room, moving the sofa bed up there to turn it into a study - as soon as I did an old friend needed somewhere to live. He moved in all his stuff which meant the sofa bed ended up back downstairs again and we ended up with a dishwasher and tumble dryer for the first time ever, we also have someone who cooks for us sometimes and who pays a third of the rent - and the ripple effects went on…

2. My friend began to show me how much I’d got caught in the trappings over the years - this I was aware of and had been my basis for already cutting a cord to one service that I was providing. The glaring mirror of who I once was and who I am now made me realise that I was doing the right thing to not let the fear of loss of income stop me - it gave me the impetus and strength to carry on - the result? Well, it turned out that this service was also blocking a handful of people ready to step up, so as I stepped up, so did they, and the result? 15 people out of 40 stepped up! That’s a fantastic conversion rate, and especially for a membership site which engagement is a notorious issue. This has resulted in more money, by halving my workload, meaning there is far more of me to dedicate to them :)

3. The above coincided with me holding a small intimate retreat at Rosemerryn in Cornwall, Rosemerryn has a Fogou in the grounds, which is best thought of as a birthing canal and gateway to the underworld for death and rebirth. I usually hold retreats here in Autumn and Spring to honour the rites of Persephone who goes into the underworld in Autumn and comes back up in Spring. For a while now I have been intergrating dance into the retreat along with Tarot and Astrology, and people have found the system to be profoundly powerful but I wondered how it would go with just four people, would it be enough? I needn’t of worried. The fabulous four were blown away and voiced how I needed to make it more of a thing.

4. I returned yesterday afternoon, and shared this with my friend last night on the way to 5 Rhythms ( the return of my friend has initiated my return to my love of five rhythms - something else that had got lost along the way) they said that what I was doing was a rite to Persephone - I did not know this - nor did they know the Persephone link with the retreat. We walked in and there in front of us was the shrine to Persephone coming out of the darkness and being reborn.

The trappings of life have not got less. Dance despite it.
For instance even with a third of the rent being paid, there is a law of balance, and that came in at the time the trappings were tightening even further, but what has also got stronger is my sense of spirituality, my courage to make the decisions that will bring me back to realignment to who I am - and as I have done so the way the universe has come to meet me has been bigger than I ever could have imagined - as it always is :)

Now it’s your turn to step back into the magic of you for your powerful rebirth.
What are those things that fill you up and make you alive?

Do you remember them in the recess of your psyche?

You are about to be reminded of them, this Mercury Retrograde will do just that.
As Carl Jung says to know your purpose look at what you liked to do as a child.

For me, it was always astrology, tarot, and dancing - let yourself be reconnected with yours.

Click below to see a 3-minute video of how you could start this process:

Going From Stuck To Reborn
Wishing you a wonderful rebirth,