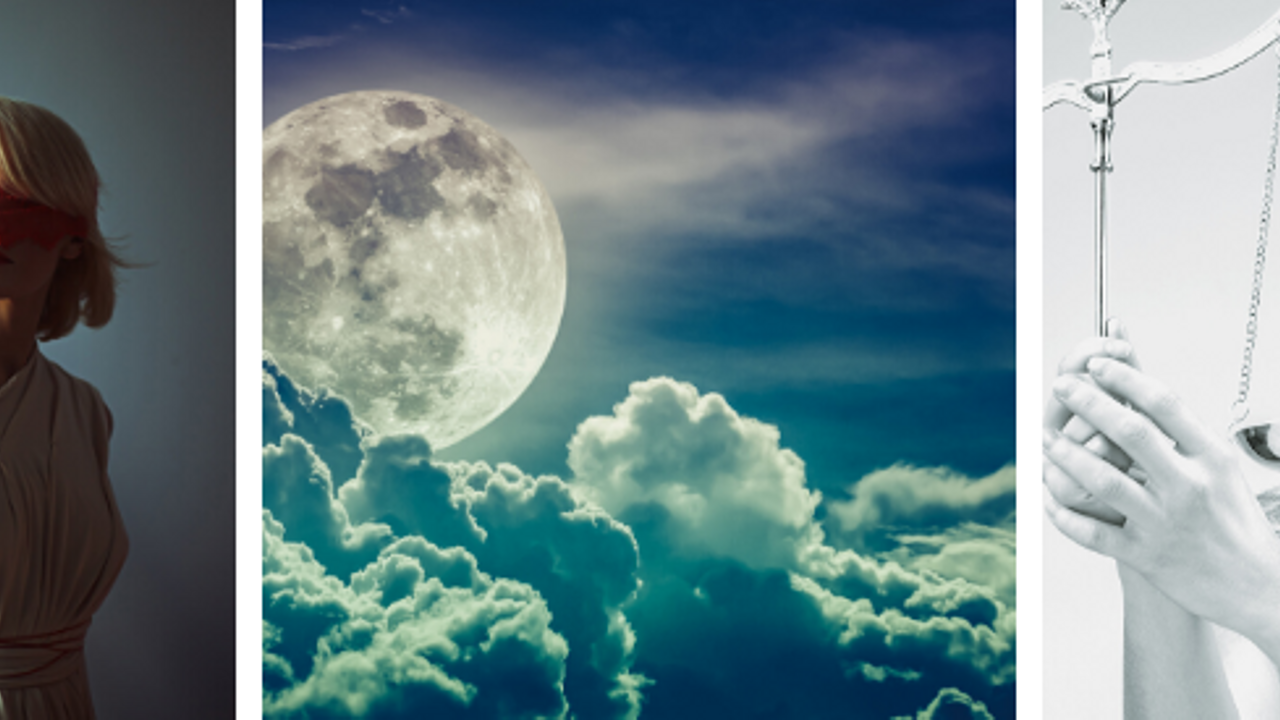 A broken record? Maybe baby! And why is that? Well, I’ve said it before and I’ll say it again…

When Mercury (the planet of movement - communication & travel)

“looks like” goes retrograde (it doesn’t actually go retrograde, it’s all an illusion - which is a message in itself)

It brings up things to do with the past. Anything to do with “Re” in the title:

Yet, listen to all the Mercury Retro hype out there and you won’t dare to move a muscle from under the duvet!

The secret is in what I said before - it’s all an illusion!

The important thing is NOT to stop living, even if you are about to start something that seems brand new during this period, I bet it’s not.

For instance - you start a new job - okay, but isn’t this relocating yourself from one place to another? Aren’t you revisiting and refreshing your skills?

Do you see what I mean?

I’ve done everything you are not supposed to do during a Mercury Retrograde.

Moved, signed contracts, bought cars and computers, got on a plane…

Yup, I'm still here, and so is my car and my computer and all the people that got on a plane!

Truth is, living in fear of Mercury Retrograde is the same level of surface misunderstanding as living your life according to your horoscope in the paper. And it’s something to sort out because otherwise you will spend roughly half your life not living.

Yup, that’s how often Mercury does this dance!

When you restrict yourself to what astrology or tarot says you are trying to control divine timing which comes from lack of trust in it.

The real practice is knowing that the things you have lined up at this time are meant to be lined up.

So today, travel with me into Mercury Retrograde for a deeper understanding.

After all, that’s what it’s about… Firstly I’ll explain about the half your life thing:

Mercury doesn’t just go retrograde for three weeks and that’s it. It builds up to it, and it takes a while to recover too, these are called shadow and storm phases - and actually they are more intense than mid retrograde - think of it as a gear change - that’s where the possibility of stalling and crunching happens.

When you count this whole period along with the fact that Mercury does this dance 3-4 times a year it roughly adds up to six months of each year = half your life.

The build-up to the retrograde starts to be felt. So take a look at what was happening for you then.

27th June: an old friend who had been living with us moved out after not speaking to me for what reason I have no clue - he is Cancer (where the retrograde starts) and someone I have passed lives with and can see the past repeating with.

28th June: My stepdaughter moved back in (Cancer is the sign of the home and mother).

This Mercury Retrograde is in Leo and Cancer…

Expect the past to come around strong and watch for issues of pride.

This is where it starts to step up a level, you should at this time start to get a clear idea of the type of things Mercury Retrograde is asking you to get more conscious about.

Happening 1: I am driving to an event an hour away - except I didn’t allocate for rush hour so I leave late in a rush with a shake. I open my car door at the same time someone comes around with their bike. I have to close my car door, my shake goes all over my dress, seat and steering wheel.

Happening 2: I have very little petrol in the car, and the only petrol station on the way is small on a fast road, I expect it will be be backed up to the entrance, sure enough it looks like it is, so I drive on past, only to see in the mirror the person just didn’t bother to move on up! Oh expletives!!! Nothing for it, I have to trust and grab water when I get there - I end up not being able to get liquid in me for over 3 hours.

All was well, I should have trusted the divine timing more, but I didn’t because I felt I hadn’t prepared adequately in advance, and doing so would have helped me be less stressed ( and thirsty!) - the shake spillage happened because of rushing.

I attended this event on my own and wondered if I should bother and I was glad I did as I met a new friend I wouldn’t have done had my friends been able to make it.

The next day my husband borrowed my car and filled it up with petrol! Biggest message? Trust the divine flow!

July 4th: Happening 1: I’m feeling quite happy in my space, I got a message from an old friend asking when I was coming back to Mexico which sparked inspiration for a retreat destination so I started reviewing, researching and reconnecting with what spirit wants the retreat to be about, messages start to come through all avenues of course, past life regression!

Happening 2: When my inbox had an influx of angry emails - my publisher fedback something to one of my awarding bodies which they didn’t take kindly to and had assumed I was behind it - I wasn’t. I tried to ignore it at first as it really wasn’t anything I initiated but they kept coming. I sent one back and it’s all gone quiet. No apology from the awarding body ( I did get one from my publisher) but no more angry assumption attacks either.

Happening 3: I get a message from a client whose confused and concerned about something - in fact, this happens not once but twice. However, with my clients, we practice The Four Agreements and so after two very clear and respectful bits of communication all is easily straightened out :)

The penny drops as to WHY Mexico and WHY now, I just love seeing the divine magical messages in synchronistic Mercury Retrograde!

Don’t be afraid to lay down the law, even if I haven’t started it and it’s not my monkeys! If it’s being directed at me then I need to assert myself.

Don’t communicate when tired or in a rush, be clear, think before I speak.

Biggest message? Have clear boundaries and give time to thorough communication.

It’s 5th when I am writing this so who knows! But what I can say is this is the time to make sure you have reviewed the lessons so far and got them under your belt, or you can expect them to come around a tad bit harder :)

This is the least dramatic or traumatic period, and we can easily fall “asleep” after our wake up calls, dreams contain strong messages, and things are on replay. This a really good time for reflection.

Just to check we learned the lessons, it’s all good when we have had the wake-up call, but what about when we have got comfortable?

This period reveals any consequences of the errors made - just to really make sure we got the message.

Mercury is the messenger, and Mercury Retrograde is about getting the message.

Go out there, do things and learn from them, that’s how we grow wise.

But before you do arm yourself with The Four Agreements by Don Miguel Ruiz: 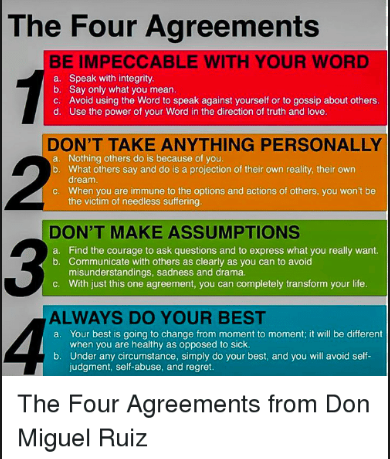 I’ve been practicing these for donkeys, I’d hate to think where I’d be without them!

I can see from this Mercury Retrograde already where I haven’t done my best with preparation, boundaries and clear communication - although I can see I am doing so much better than I used - and in particular in rectifying, things are sorted quickly and less painfully than ever before.

I can see where others have made assumptions and I have felt what it’s like to be on the receiving end of that, interesting because I know I have made a lot of assumptions in the past due to taking things personally (an assumption). Karma exists so we know what it feels like as they say!

I can still do more work on this, as I can with not taking things personally which now manifests as - a defensive “I don’t need to explain myself!” So now I am off to watch that thought, and replace it with the gentler, kinder, if there’s miscommunication then of course I do :)

After retreating for a bit that is - do make sure you give yourself time for that, so you don't re-enact the past and recreate the drama:

If you are feeling the pain of miscommunication in your life, let’s talk! I’d bet my bottom dollar I can help you clear it up in a jiffy.

Look after yourself and do what you need to do to stay receptive.