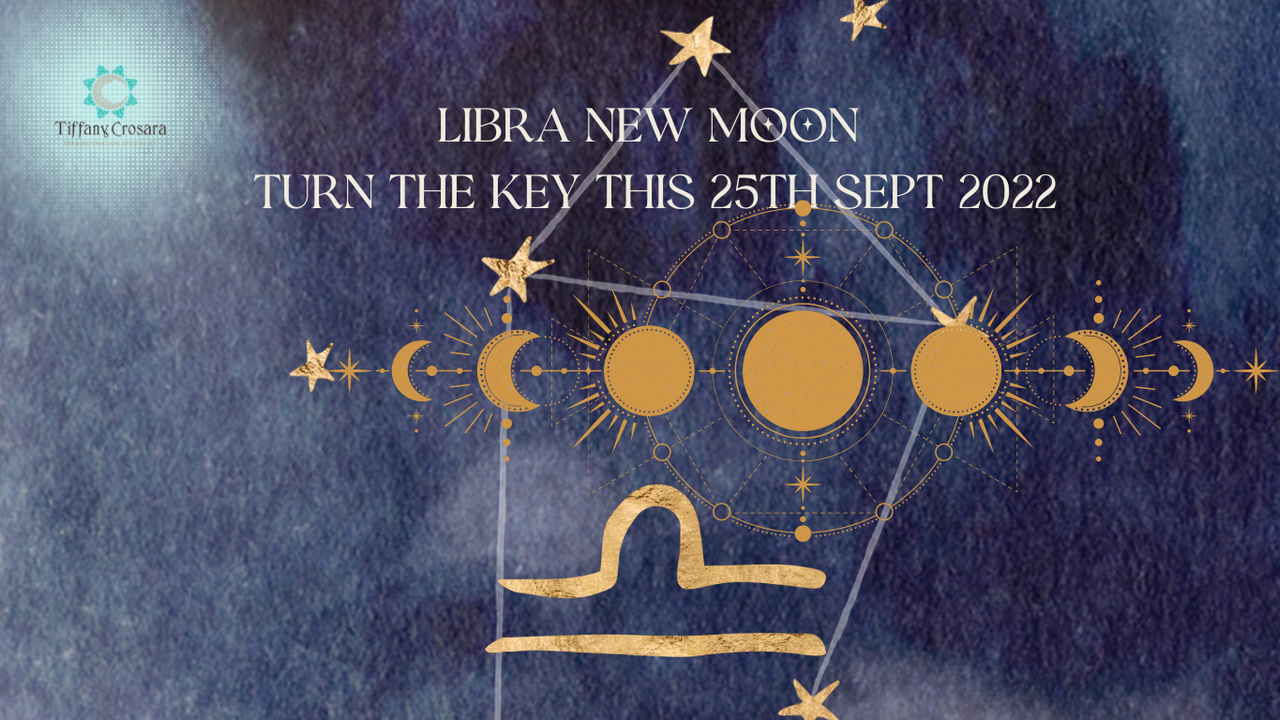 Two weeks ago, the moon grew full in the last sign of the zodiac, marking an end of an era, and as it did, Queen Elizabeth - as well as many other souls, made their way across the veil.

Pisces, the sign closest to God, longs to transcend to be at one with the spiritual. It marks a point when the soul is ready to evolve from one lifetime to the next.

So the last few weeks, coupled with Mercury (amongst other planets) being retrograde, we have all been blessed with revising our "status" to see if we have finally paid our dues and can be set free.

All of a sudden, it's a short but sweet turn of the key.

Whether it's a romantic relationship, job, debt, home or something else, you'll have found (and lost yourself) there many times, and you probably believed you would never be free. However, the power of the Full Moon in Pisces gave the key. Have you picked it up and turned it lately?

Liberation - the key theme of Libra, is here now - should you want it.

Venus is conjunct Mercury Retrograde at the time of this Libra New Moon.

So face your fears, align your head and heart, and doors, once shut, will open.

Two days before this moon, Mercury retrograde moves into Virgo and turns direct one week later.

So if you haven't "hermitised'' yourself to get real with what this time is asking you to do, don't miss the chance to go where you fear, because as Joseph Campbell says - The treasure you seek is in the cave you fear to enter.

My last new moon blog title was second chances this September; the Libra new moon brings them to a head. So whatever you've been wishing, praying and working for, it's time for a change. It's happening all around you; you are not alone or immune.

It's time to get comfortable with being uncomfortable and let the new moon in Libra clear all that has held you back.

Libra is Justice in the Tarot; her Sword is upright; it's time to realign, so if…

You feel different from others.

Life has sometimes felt too much for your sensitive soul.

Being human has, at times, felt alien to you.

This crazy system that you are "supposed" to fit in has repressed you to the point where you don't know who you are anymore.

You are looking for a tribe that gets you but also helps you feel 'got' by the world around you...

...Then join us here to Activate your Authenticity in 10 days this Libra New Moon.

I am wishing you a profound new moon, new life and new you. P.S Fancy spending the Winter Solstice on a Transformational Truth of Tarot stone circle retreat in Cornwall? Book here before the 18th of October to spread the cost over THREE months.