Wowee! How excited am I that we have a Blue Moon on Halloween this year?!

I’m not one for switching on news. But astrology forecasts are another thing…. even so it’ seems the doom and gloom has spread from on the box to getting into out of the box.

The skies aren’t particularly easy this year, no surprises there! And it continues on, with a turbulent blue moon in Taurus….

A sign that craves stability but doesn’t have it right now because the king of shake ups and wake ups (Uranus - not Shakin Stevens - am I showing my age? ) is having a party in the bulls house!

On the macro there’s much talk and concern that the USA general election is so close to this Moon.

And on the same day Mercury (another trickster) stations and goes direct. But when has the general election not been close to a Full Moon and Mercury changing direction? Do we really think the government isn't wise to things such as Astrology and numerology?

I mean has anyone actually looked up the meaning of Donald Trump?

Donald is a masculine given name derived from the Gaelic name Dòmhnall. This comes from the Proto-Celtic Dumno-ualos ("world-ruler" or "world-wielder").

Trump to outrank or defeat someone or something, often in a highly public way. Originally trump implied a deceptive form of victory involving cheating, but that sense has been largely lost, though it's still around in the term trumped up, meaning something that's been falsely made up. …

A quick search on the net says it was originally “Drumpf”, or that he has a long history of making up false names, or that all that news is even false!

Am I calling Trump a Hero? No! I am calling Drumpf a Trump…E.g someone who understands the power of identity and changing it up.Trump is the ultimate games master and he does it so well. So let's stop paying lip service and being the change we wish to see instead?

I mean I get it, I’m the one paying it attention here!

So how does one become the change you wish to see?

When there’s outward instability that’s when you have the opportunity to find true inward stability.

When there’s unrest in the world, that’s when you have the opportunity to find peace within yourself.

When there’s a lack of faith in the world, that’s when you have the opportunity to find true faith.

True stability is not true if it’s not there when nothing else is stable in your life.

How would you be if outward stability went? Would you still feel stable in yourself?

How are you doing finding peace these days? Despite all the chaos?

How are you doing with faith?

That’s not true faith. Faith doesn’t exist if there’s no need for it.

So I am going to take you on a journey within - because that’s where the true peace, stability and faith is… Ready? 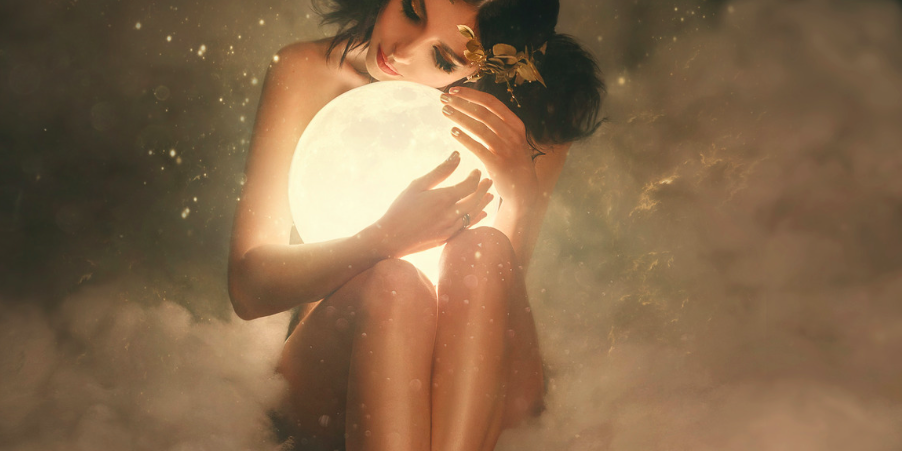 First let’s take a look at how special and rare this Full moon is.

A full moon occurs on Halloween every 18 to 19 years, and a blue moon only happens every two and a half to three years (a blue moon is a term used for the second full moon in a month).

And no I am not about to get extra spooky on you! I’m going to bring you right down to earth with some very practical magic.

Fact: The last full Moon was on 1st October.

Question: What was happening for you around then?

Why? This is about second chances.

This Blue Moon is also a micro moon. Meaning the result of anything you do at this time can feel distant, that is until the Full Moon in Gemini on 30th November. That Moon (of course) is a total solar eclipse (change of consciousness and life) .

In other words what you do now (whether you see that as magic or mundane) may not have immediate impact, but far reaching results.

So then, what's the wisest way to work with this Moon oh Tiffany Epiphany?

My interpretation is that we have second chances to clear some ancestral karma - especially on our maternal side.

How did I get to that?

Taurus plants something and patiently nurtures it until it grows.

Taurus doesn't take an action without considering how it plays out for seven generations down the line.

Taurus understands how the daily tasks that feel like they aren’t having far reaching results culminate at some point, that point of no return.

Whether that’s a good or bad point of return depends on the way things got done before that time - when you thought they didn’t matter.

An unwelcome guest in the Bull’s house, but exactly what the Bull needs. To become unattached to external stability and develop inner stability. This is the key soul lesson for Taurus and why so many have such testing relationships with their mothers, and it's currently playing out for us all.

It's a wake up and a shake up on how we are treating our mother.

In all senses of the word.

Are we still nursing wounds from our childhood?

Are we still taking that out on ourselves, each other and the planet?

If we weren’t then we’d all have a healthy self esteem. We’d all be the change we wish to see, and there would be no war, or greed, no lack, no fear, no “Donald Drumpf “ being able to play us off against each other.

I mean you only have to take one look at his background to see what I mean right? 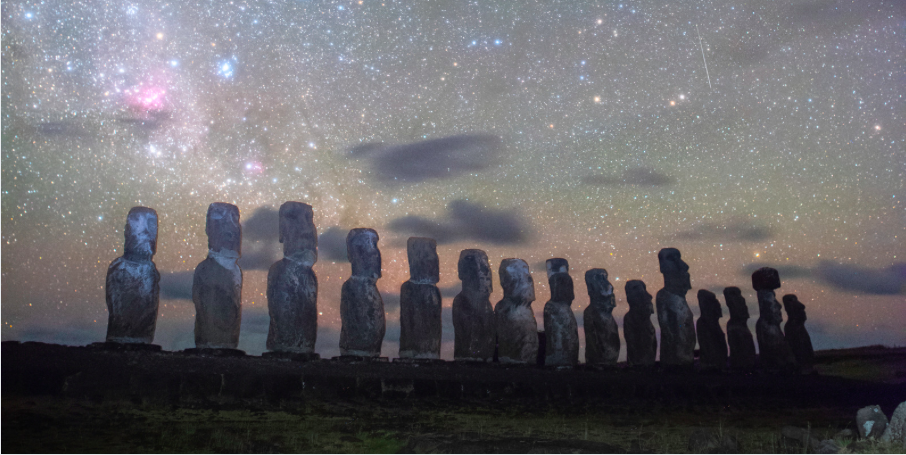 We see this collective karma in covid, cancer, climate change, capitalism, all c*** words with a capital C!

Couple that with the Pluto (Death and Rebirth) Saturn (Karma, Restriction and Atonement) conjunction in Capricorn (Man made structures) and no wonder our world looks like a huge collective karma disaster.

But i’m not here to spread more doom and gloom. I’m here to say this is a unique and rare moon! Oo that rhymes!

We can’t control how things play out in the macro, but if we all focused on the micro then the macro would have a chance.

“Divide and conquer” or "strength in numbers" as they say…

So let’s roll up our sleeves and get to work on sowing the seeds of a new life. A new world for you, everyone you know and the future generations.

Halloween is a time where the connection to those who have gone before you is at the strongest. Particularly with a rare blue full moon micro or not - i’d just see the micro moon as a reminder to focus on the micro (e.g you)

So what say you?

Here’s how you can start to bring the focus back to you. 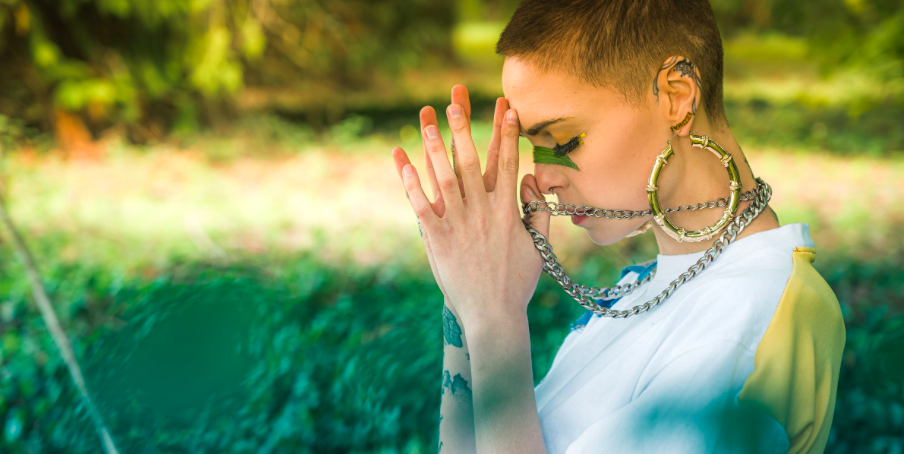 Find out where 8 degrees Taurus is in your chart to find out how it’s playing out for you.

My husband and I both have a Taurus Ascendant so this is a pretty big second chance for us to be the change we wish to see in our public personas. Particularly for him as the 8 degree moon is smack bang on his ascendent/rising sign - and he has a Taurus Moon.

Whereas for me, it’s closer to my Chiron (wounded healer) so my karmic wound may well be reopened, for a second change of deeper healing. And yes, this weekend I was visiting my Mother who is fighting Cancer, amongst other things and my recently bereaved Grandma.

Triggers of disappointment and heartbreak were strong. Turning inward to release judgment, guilt, and not good enough stories, was the only way through.

Taurus, being the earth, is also the body and this week my second chance re - referral came through for my hips - after the first referral two years ago.

So where's your collective and ancestral karma playing out?

What’s at or close to 8 degrees Taurus for you?

If you don’t know, and would like to know, consider a dive into ‘AstroTarotRegression” (ATR).

It teaches you how to find this and identify karma from your paternal line, your maternal line and past lives timeline with precision.

So it no longer continues down any line, albeit ancestral, on to your children or down your own timeline.

ATR is on special this week because it's made for Halloween.

Whatever you might think Halloween is about, it's time to really get to understand the heart of it.

Especially as trick or treat is cancelled this year!

Halloween is here to help us pay respects to our ancestors, acknowledge what they went through before us, and for us.

It’s here to help us acknowledge that we wouldn’t be here without them and to help us understand the path they trod, why it played out the way it did, so we can lay the ghosts to rest and transcend the chains.

Halloween is here to teach us how to ascend from ancestral karma - the real pandemic in the world. 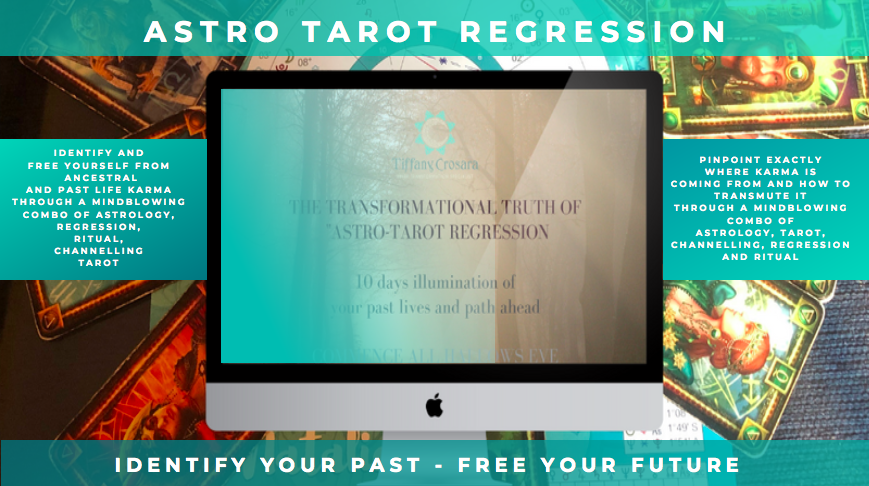 ATR teaches you how to build an altar to your ancestors so you create a powerful magical container for the ancestral healing to take place.

ATR takes you through a Past Life Regression for Halloween - the time the veil is the thinnest.

ATR shows you how to channel your guides on All Saint’s day - the day the connection is the highest.

ATR shows you how to clear your ancestral karma on All Soul’s Day - the day the connection is the strongest.

ATR shows you how to pinpoint it all with precision through Karmic Astrology.

ATR is on special for Halloween at £97 and goes up by £200 at 5pm GMT on Halloween so how about take a scoobies here?

Because isn’t it about time we did?

Wishing you a wonderful, magical and deeply healing and freeing Blue Halloween Moon ahead,