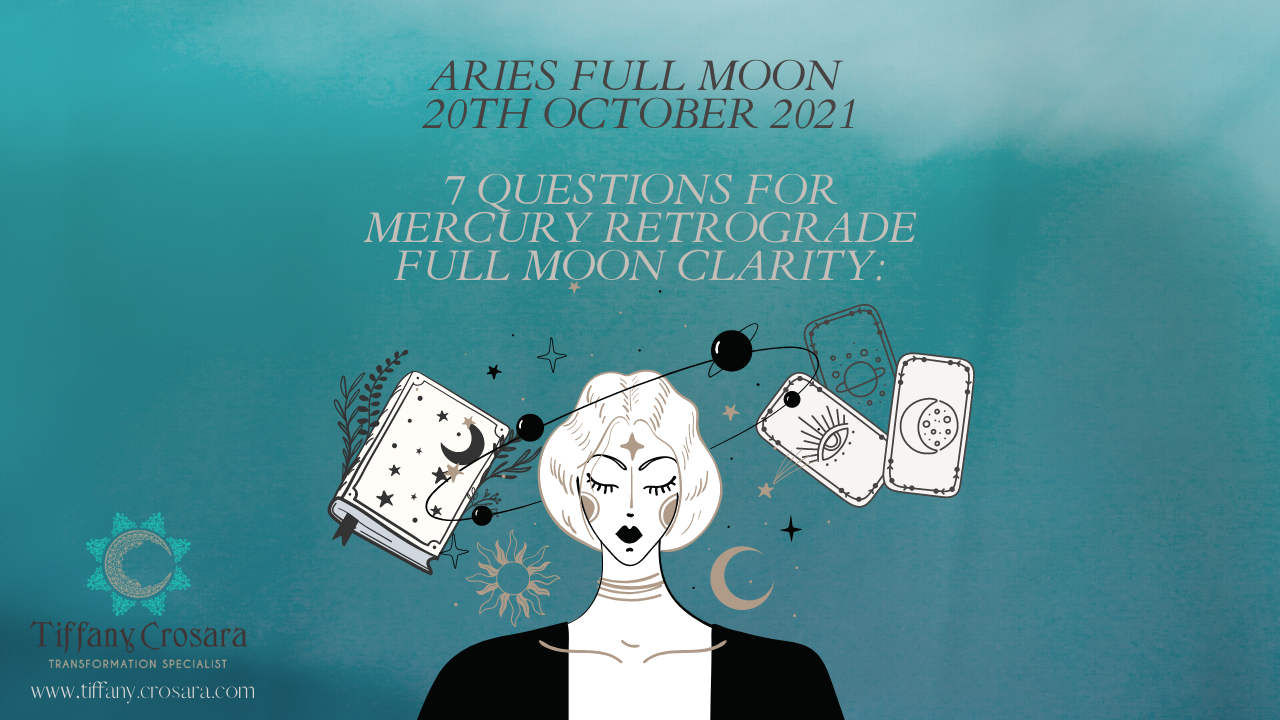 Welcome to the October Full Moon in Aries - striking fire into the heart of any soul at 3:56pm BST on 20th October.

Once again I’ve done my usual scout around the Astrology blogs and dropped what most of them say about the control issues of this Full Moon.

The Moon may be growing full in egoic Aries, it may be opposing its own warrior like ruler Mars in justified Libra whilst squaring the Death God Pluto, but all’s well that ends well!

Don’t know who you are at the moment?

Don’t know whether you are coming or going?

Don’t know where to put your energy?

I do think you can blame it on the stars. 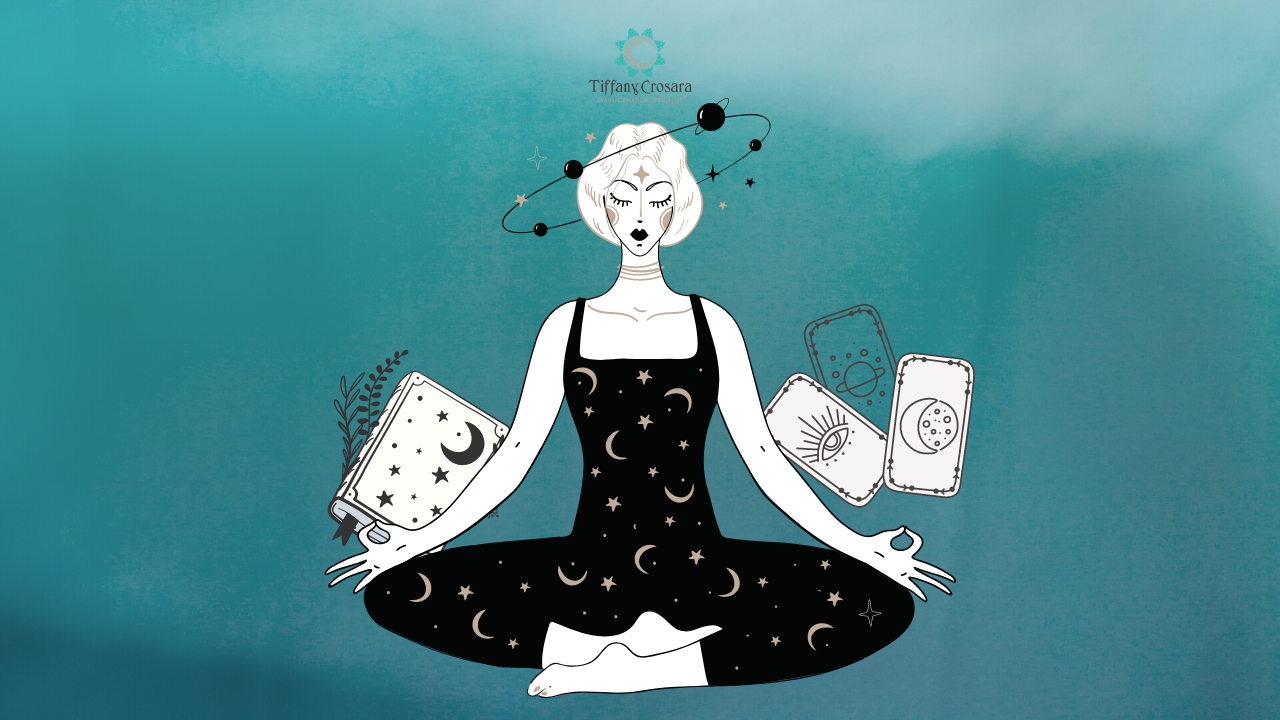 This Full Moon is all about identity.

It’s making an intense T-Square with Death (Pluto) and Life (Mars), not to mention Mercury is in shadow after a  rather intense retrograde.

Whilst writing the above paragraph I saw a woman screaming in the final push of labour.

At the end of September I held an AstroTarotDance for the energies of October.

My God! The playlist channelled was intense.

I can only describe it as the most intense battering until we surrendered, and when we finally did because we couldn’t take anymore it was a beautiful transcendence of the ego into true higher consciousness.

That’s why I am not resonating with what I am hearing about the intense ego battles predicted for this Moon.

In my circle at least, what I see is people being too concerned with their own world to have any energy left over to feed the ego anymore, hallelujah!

But this time is an intense reality check. 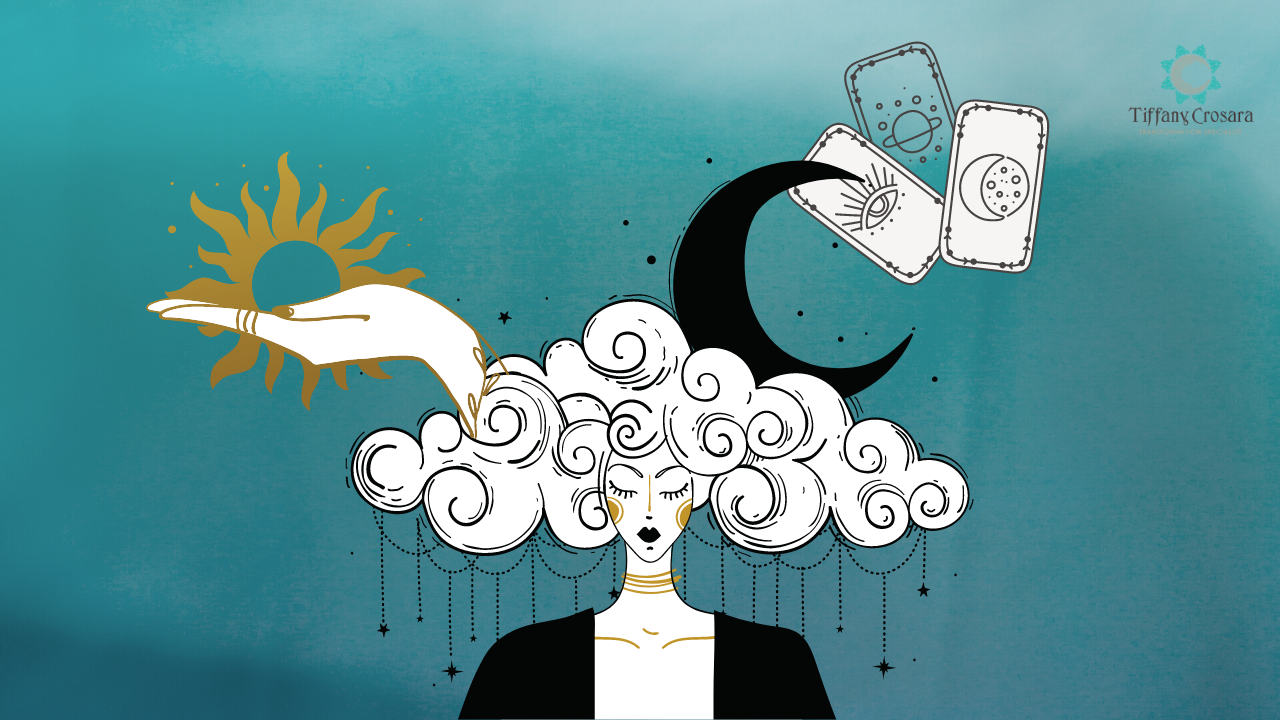 A breaking point away from what your ego says you have to do to survive.

Just what if you didn’t?

That’s the whisper I hear being carried on through the lunar winds this month and it’s coming from Eris and Chariklo.

Both Eris and Chariklo are heavenly divine feminine bodies.

Where as Chariklo is Chiron’s wife which makes her the divine feminine healer, Eris is Mars's sister and like any good sibling does she takes on an opposing persona - and ironically every opposing persona has a similarity too, Eris, (like Aries) is a warrior, but whereas Aries is the patriarchy Eris likes to challenge it.

Aries is a hot blooded heavenly body, that is willful. A total fire starter for new life.

It’s giving us the strength and will to carve out something new - you will find the energy for a new dawn and day there, just don’t be surprised if the things you fought for for so long you no longer find that you can. Things you thought you’d never give up on, never say never to.

Eris is unapologetically herself, she doesn’t conform or care what people think. 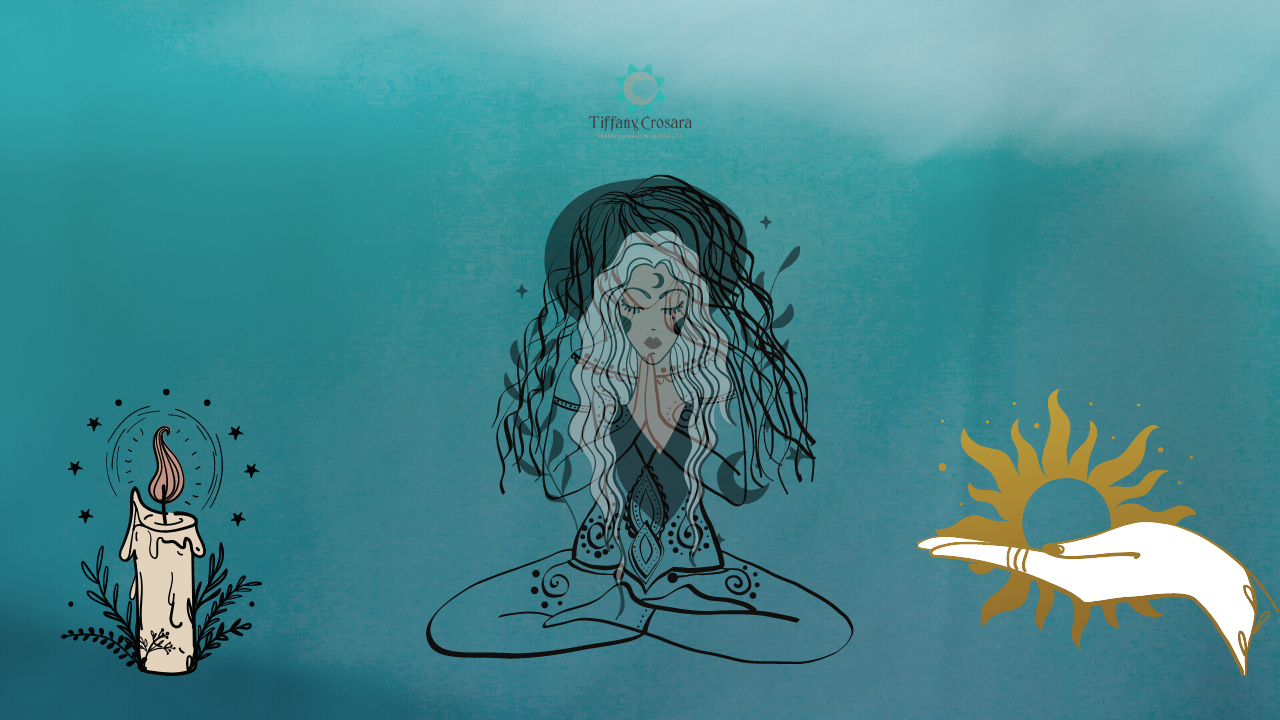 In an epic battle she has freed herself from her ego.

maybe you feel you have been in an epic battle with your ego and now the final battle is now here, and it’s one where you can drop the sword, in fact you are probably too tired to yield it anymore, and rather than that being your greatest defeat, it’s likely to be your greatest defining moment.

And if you aren’t feeling there yet, and you know you are still embroiled in ego attachments and your identity then the universe is inviting you into the black hole of transformation this Samhain.

It’s human nature to be scared of the dark, the unknown, of losing yourself in a black hole, but as we know clinging on for dear life only causes more suffering in the long run.

At this time of darkness in the northern hemisphere we can feel the descent happening so strongly and try so many things to climb out of it, stick with it if you can.

Honour this time as sacred to move away from feeling scared. Know you’ve got this, you are rebirthing, and that is the most incredible magical thing, honour it.

There are some mighty strong endings around, that’s true, but that also means very soon we will be crystal clear and ready for a whole new lease of life ahead. 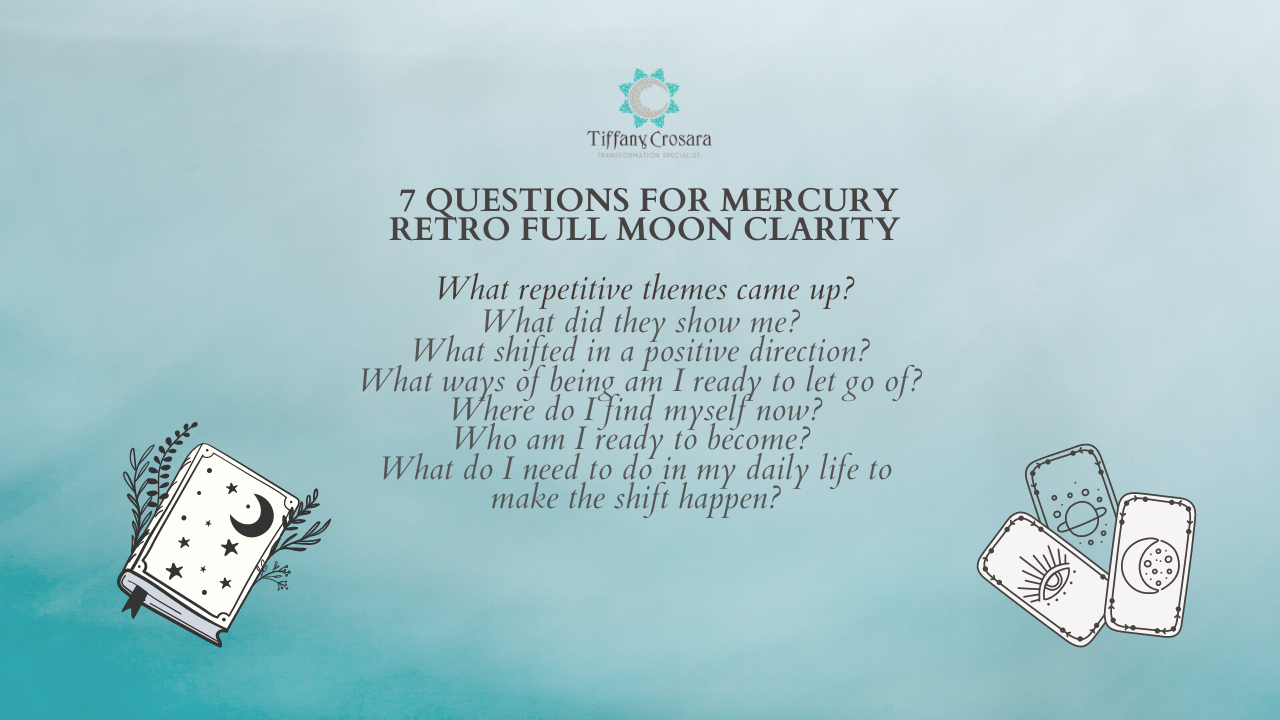 Journal on or even pull some cards for, or if you’d like me to do it for you go here.

Remember you aren’t alone. We are all going through a huge collective shift. Having a community of intuitives to hold your hand and go through it with you can make all the difference.

In my Manifest a Miracle a Month community this month that’s exactly what we are doing, starting this Full Moon, we are coming together for yet another powerful AstroTarotDance, before we plunge into past life, karmic astrology and ancestral healing this Samhain in AstroTarotRegression.

This month’s AstroTarotDance is an invocation of that deep drop into self acceptance and transcendence through within that magical black portal of Samhain. 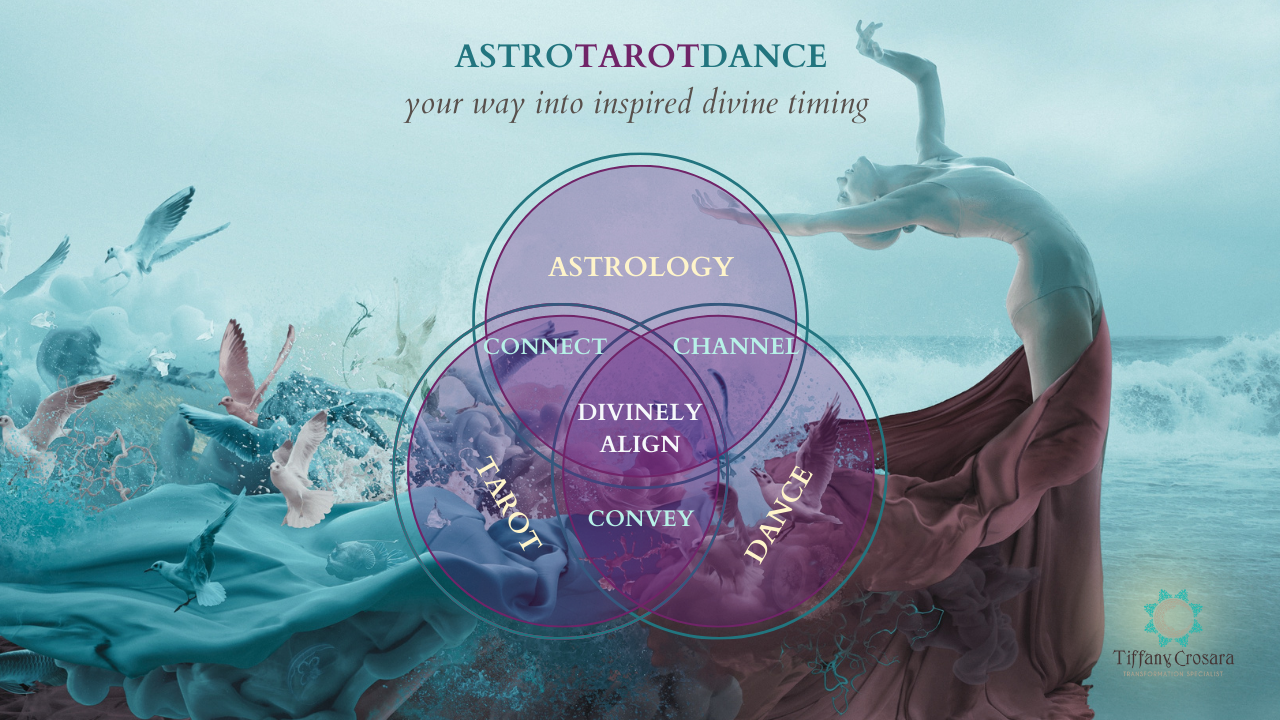 10 days later we start AstroTarotRegression, a week of honouring our ancestors and self through getting to know both and identifying the karma and clearing it.

ASTROTAROTDANCE has NO steps, it’s an astrological tarot reading and class in one, where you EMBODY the teaching through allowing your GUIDES to come through and MOVE you into INSPIRED action so you can go forth and create in alignment to with DIVINE timing.

Speaking of “witch” the current times are most definitely witchy! That means this Wednesday’s Full Moon AstroTarotDance is a REAL invocation of the Samhain energies, and if you ever fancied gathering with a coven of witches and dancing under the Full Moon then you need to be there!

To join us for AstroTarotDance, AstroTarotRegression or both activate a 21 day trial to Manifest a Miracle a Month Membership here. 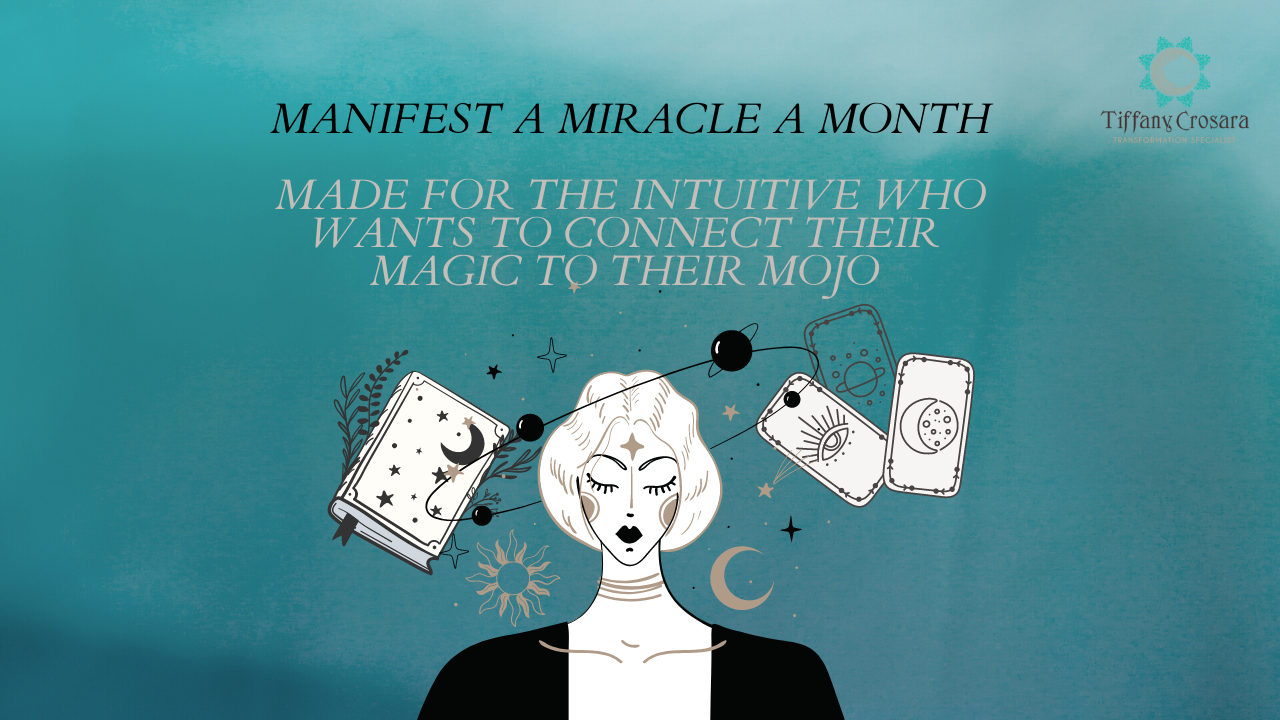 The trial is no more come All Saints Day (November 1st) after that it will be £47, so if you are skirting, it’s time to stop, drop and get activated instead, here.

I know my epic egoic battle has been since 2016, and the release date is now, and I wonder if you relate?

I was blind and now I see

What I've got is not for me

And I know, it's time to go

And I've been played

I've been spied on and betrayed

And I know, it's time to go

I feel the pain

The past is gone for good, it's time to say:

In lust I believe I will be found

In the silence of my nights

I can hear a distant voice

Someone out there is calling my name

I'm beyond the trail

It's time to turn the page and love again

I can feel your pain

And I cry again

I'm leaving all my shadows behind

To experience this song as a transformational passage come on over for AstroTarotDance in the membership this month - it’s the last chance to get in (and get access to BOTH AstroTarotDance and AstroTarotRegression for just £4.97 before the shift of the times (and the tenners to £47)!

Here’s to seeing you on the other side of the veil this Full Moon. 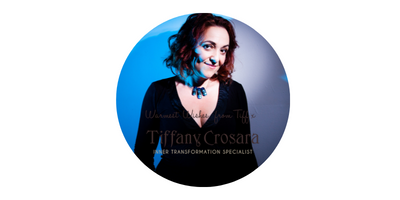