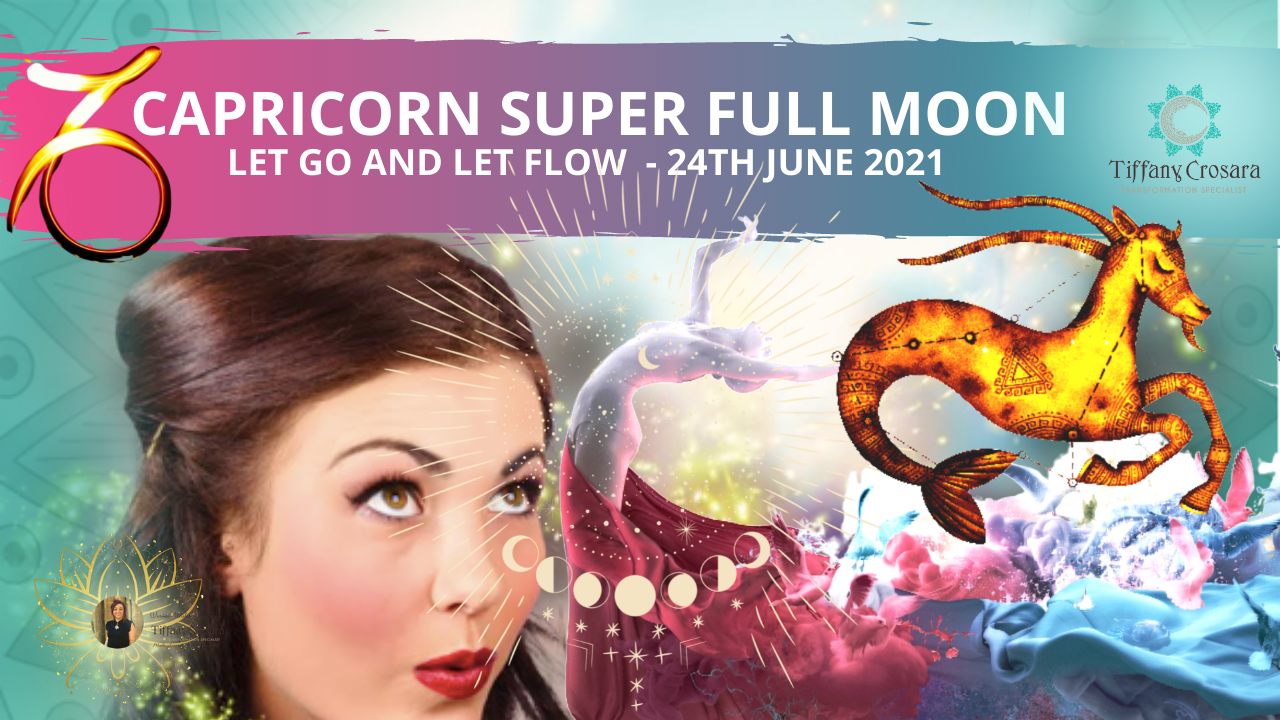 The Capricorn Full Moon always happens around the time of the Solstice and marks a significant turning point, but this year it’s a Supermoon sandwiched not only with the Solstice but within days of Jupiter and Neptune turning Retrograde, Mercury going Direct and at the end of an eclipse season!

Capricorn has it’s head screwed on (sometimes a bit too much) but if you are anything like me 2021 has felt just as foggy as 2020 and the weather here in the UK reflects it - we aren’t known for having great summers, but I’m still in thermals under blankets with the heating on!

My husband says you could put me in Jamaica and I’d be the same but no! 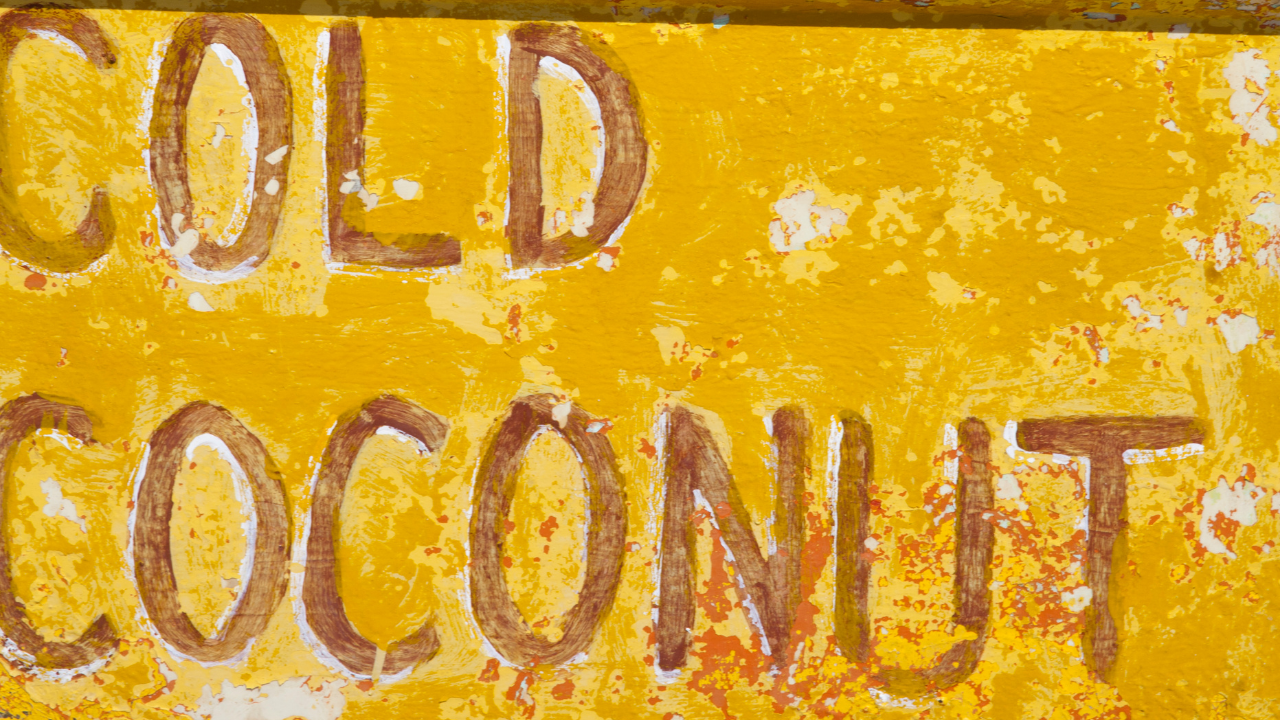 I’ve been to the Caribbean and in December - and no!

However - this Supermoon is being heralded as one of the most positive astrological alignments of the year - so why am I not feeling it?

Maybe you are? Either way, you know me, I’m not one for saying hide under the duvet or change your plans according to what the planets are doing.

Keep calm and carry on regardless. 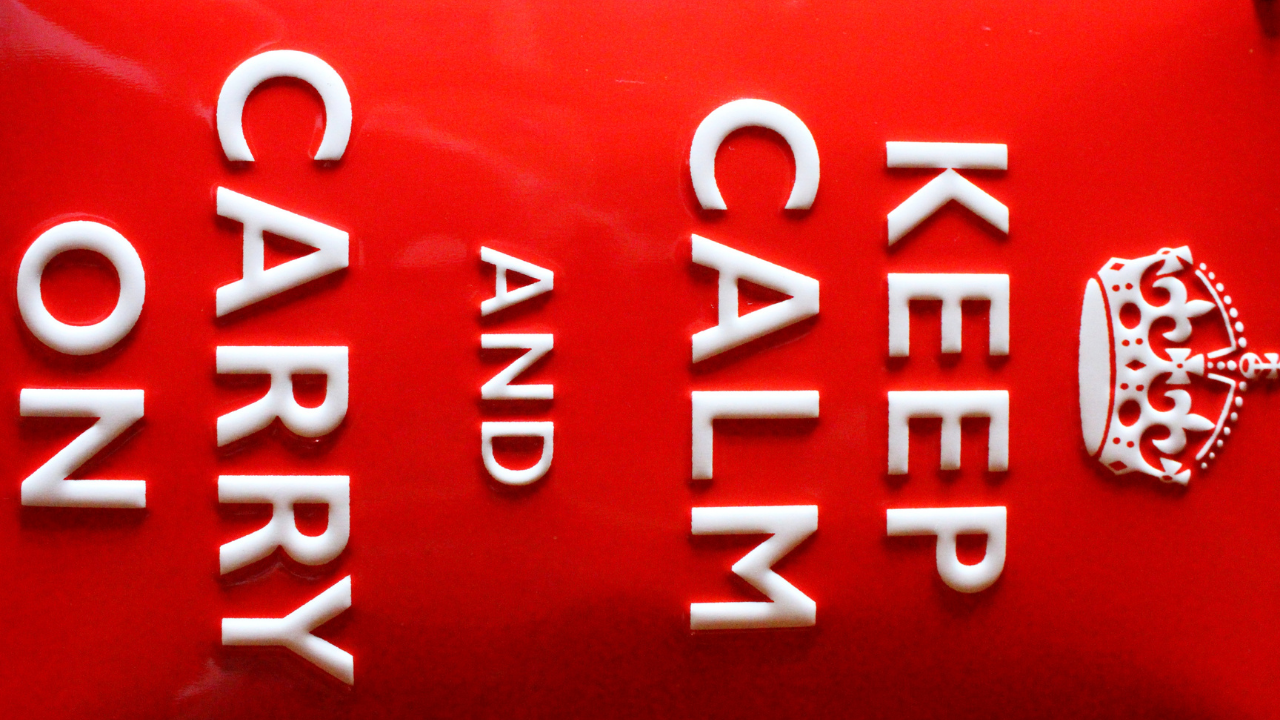 Not that this is a challenging moon at all!

It’s in Capricorn, which makes us patient and practical and makes a wonderful sextile to Jupiter - the major “benefic” planet (Wheel of Fortune in the Tarot)

But what with Jupiter (the wheel) going retrograde (changing direction) 4 days before this Moon and a day before the turning of solstice (wheel of the year).

Very telling especially as according to research by geobiologist Rory Duff the day before the Solstice ley lines align across the planet creating waves of harmony, peace, and healing. The frequency lingers for a few days, helpingus to access higher dimensions and higher consciousness.

When any planet goes retrograde it’s a journey within. 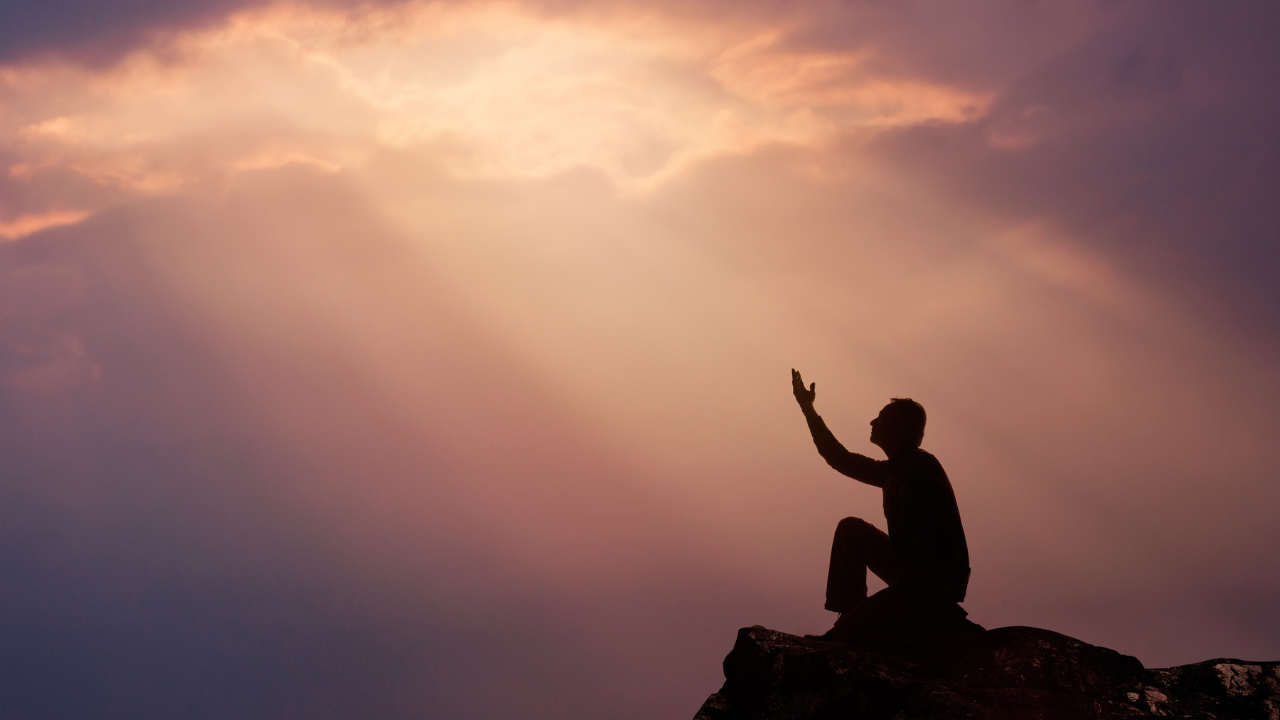 And with Jupiter it is a deep internal journey of our beliefs.

You may find lucky breaks and prompts from the universe giving you the nudge to change track and putting you in front of the people or information you need to go forward.

Synchronicitically this week I watched a James Wedmore class.

In it he spoke about how the word belief has the word “lie” in it and that the problem is we often try to change our environment without our behaviour, our behaviour without the skills, and the skills without the belief because our identity is built on thoughts about ourselves that have solidified into be-lie-fs.

What with Neptune going retrograde on 25th my feeling is that the practical sure footed Goat ruled by Saturn (also retrograde) and The Devil in the Tarot (who denies there is any power other than material) might find himself avalanching into the sea.

Capricorn is also sea goat and it’s life purpose is to trust the deep intuition. 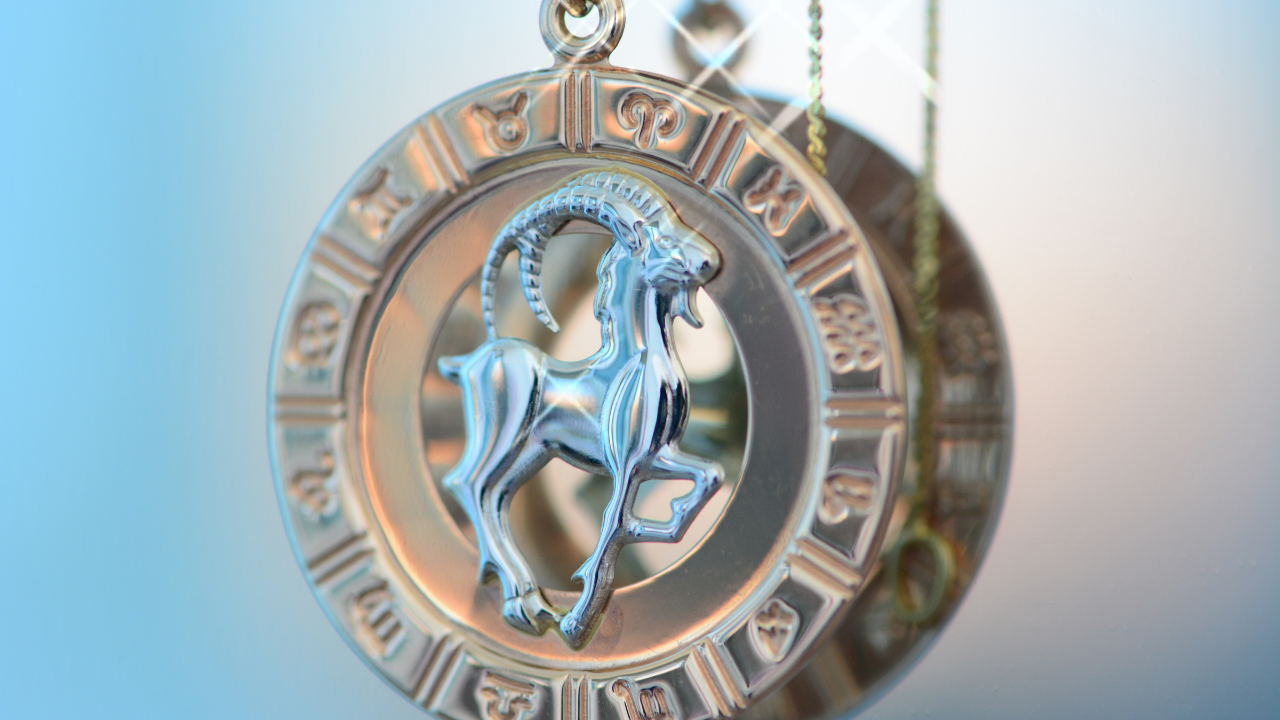 It holds and not just relies on practical knowledge, but a bit of practical magic too.

Don’t fear whatever avalanche has been coming your way, because this is where you will find your mojo and flow.

Let’s take the story of one of the most famous Capricorns on the planet.

Jim Carrey, was brought up in hardship. His family were even homeless for a bit - they lived in a tent by a lake, he said he thought it was a long summer camping trip!

The situation improved when his dad got a job with living quarters but Jim had to work nights there for the keep - he is no stranger to hard work or even child slave labour in the dark.

He has been beset by rejection, hounded by depression and part of the Prozac nation, and he accredits practicing the law of attraction and transcendental meditation to his success for healing depression and making that £1,000,000,000 cheque he wrote to himself a reality.

His movies mirror his ascension, from “MASK” to “Bruce Almighty” 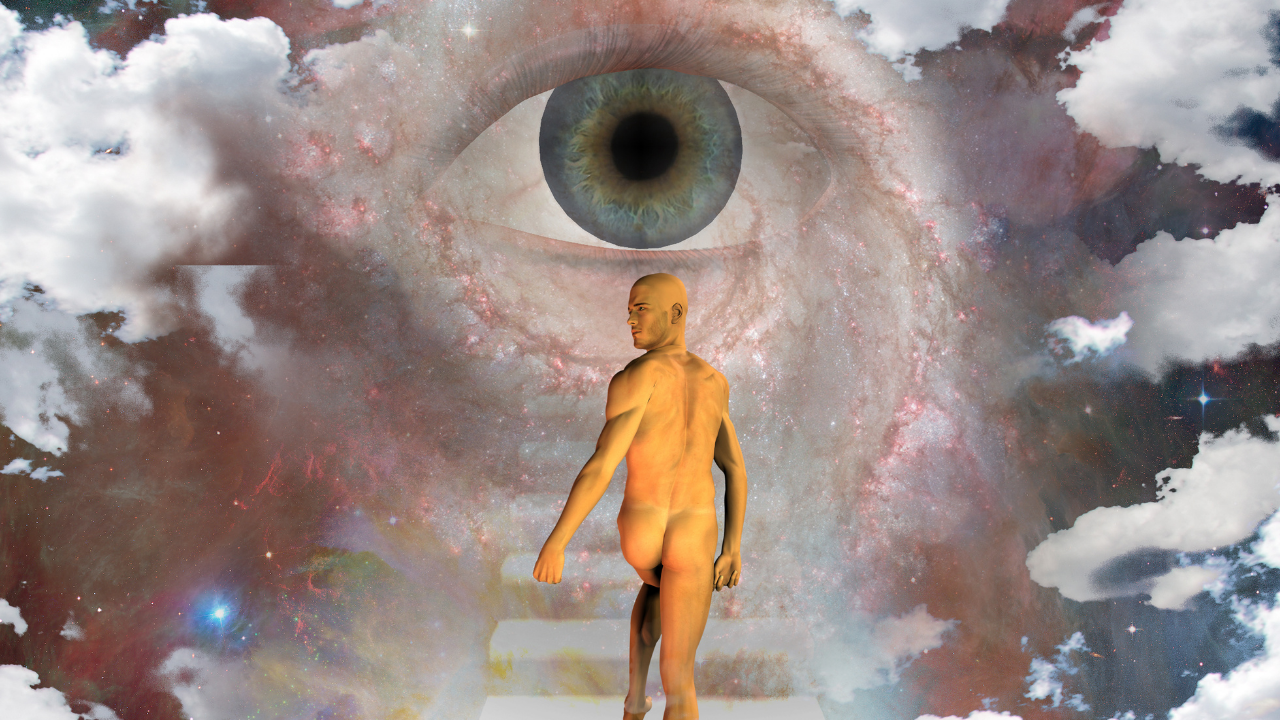 The Devil is the lightbringer after all ;) 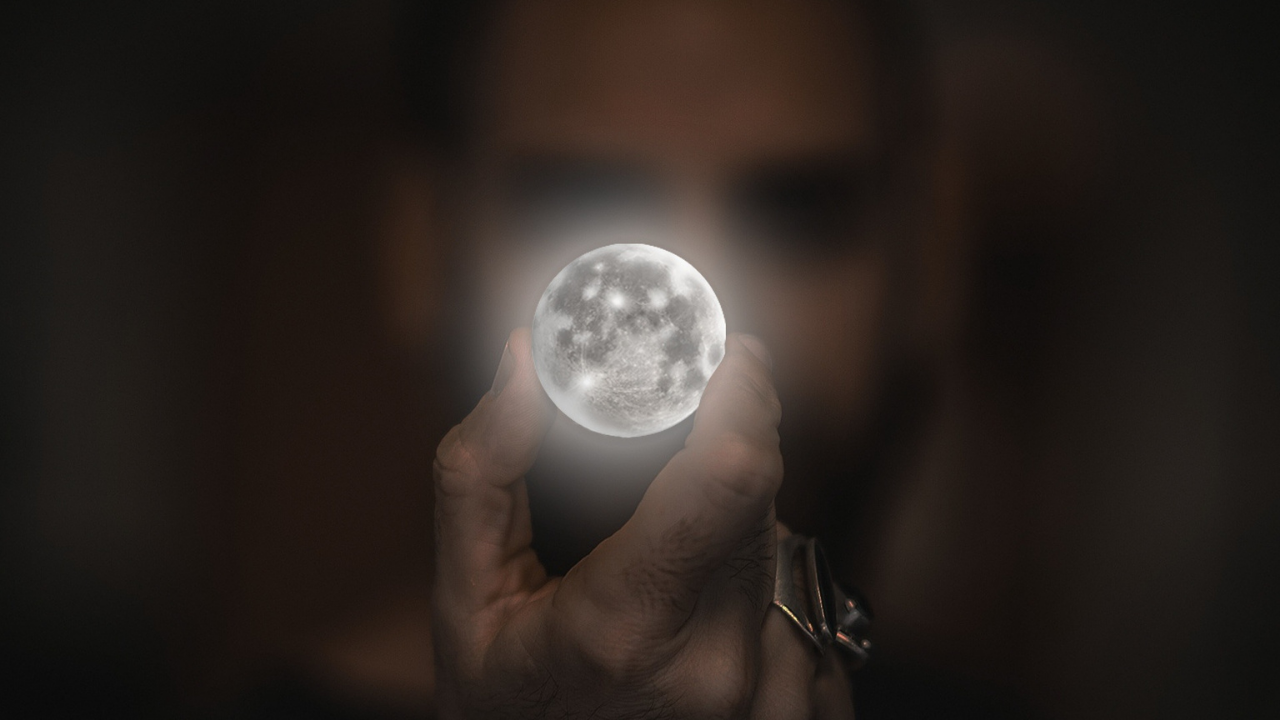 “ life will give you opportunities you are afraid of, so you either take them or stay afraid of them”

If you are anything like me then you are wondering where the last six months went, or if we’ve even left 2020 yet!.

You might even be judging yourself for not achieving anything or nothing going to plan?

Maybe you've had moments where it looked like miracles were going to happen - then at the last minute it all got pulled and you're wondering if you are ever going to get to where you know in your heart you should be?

But of course, there is no "should" - you are EXACTLY where you are meant to be! 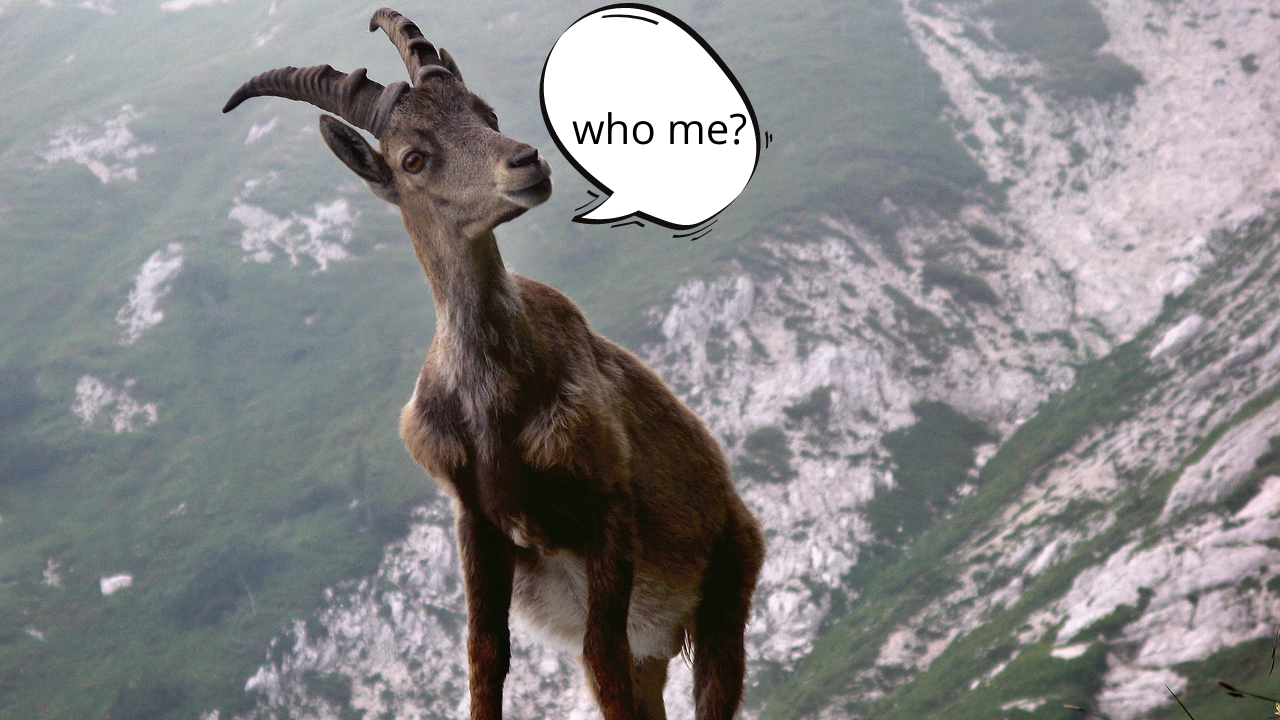 Are you going to get The Devil (Moon in Capricorn) The Wheel (Sextile Jupiter) or The High Priestess (Opposite The Sun in Cancer) I’ve chosen three cards for your Supermoon reading below with the intent that what is uncovered helps you to let go and find your practical magic flow.

Take a moment, take a deep breath in and out and allow yourself to be drawn to 1,2,or 3 then read the write up below: 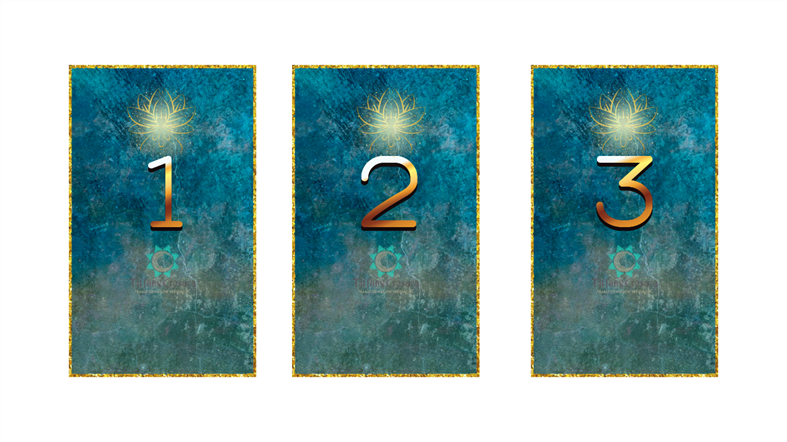 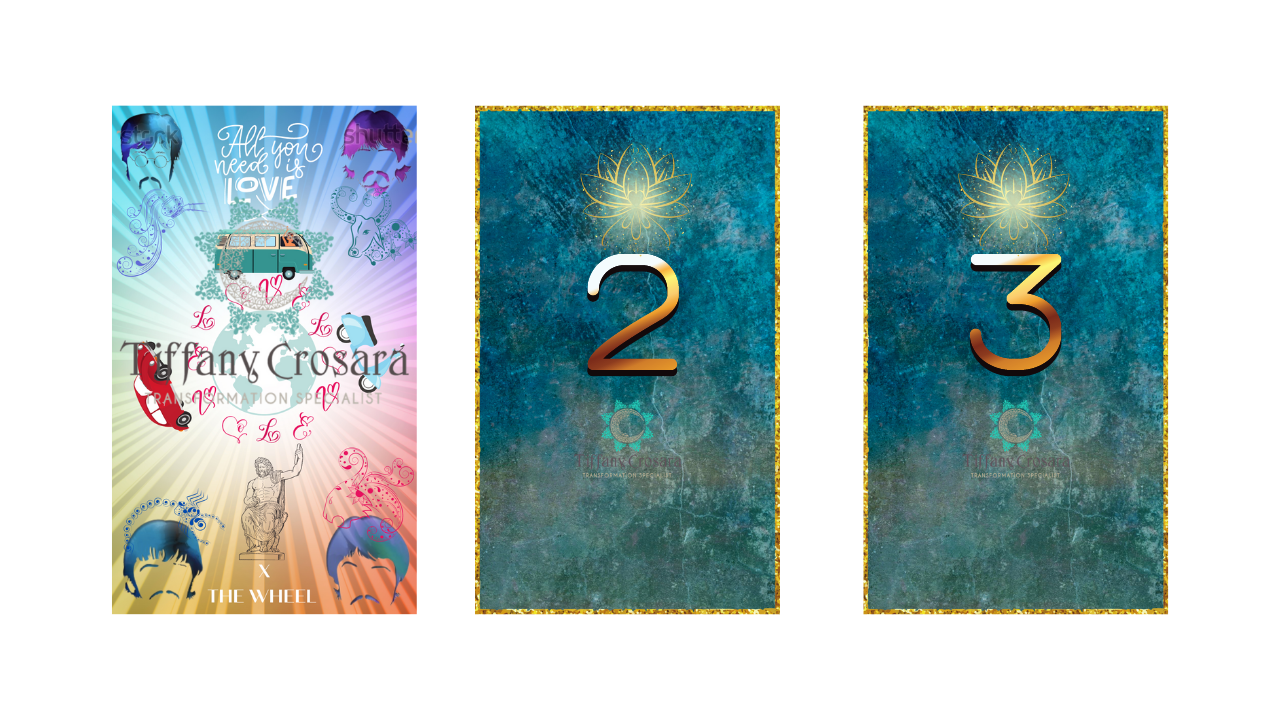 Wow! The fabulous fixed four with a heartfelt emotional 😭 (moon) message for you....

In the traditional wheel there are two words that go round it:

“TARO” law of the universe goes round (rota)

But I was told “All you need is love”

The word “Love” when put round the wheel of the world makes it go round and reads “evolve” in places.

👆 Jupiter is touching the e for evolve because he expands whatever he touches.

👉 The Wheel is a karmic card - it will expand whatever you did before.

This month I am doing a 10 day activation journey around the wheel in my Manifest a Miracle a Month community - to get access trial the membership for £1 for 21 days this month click here! 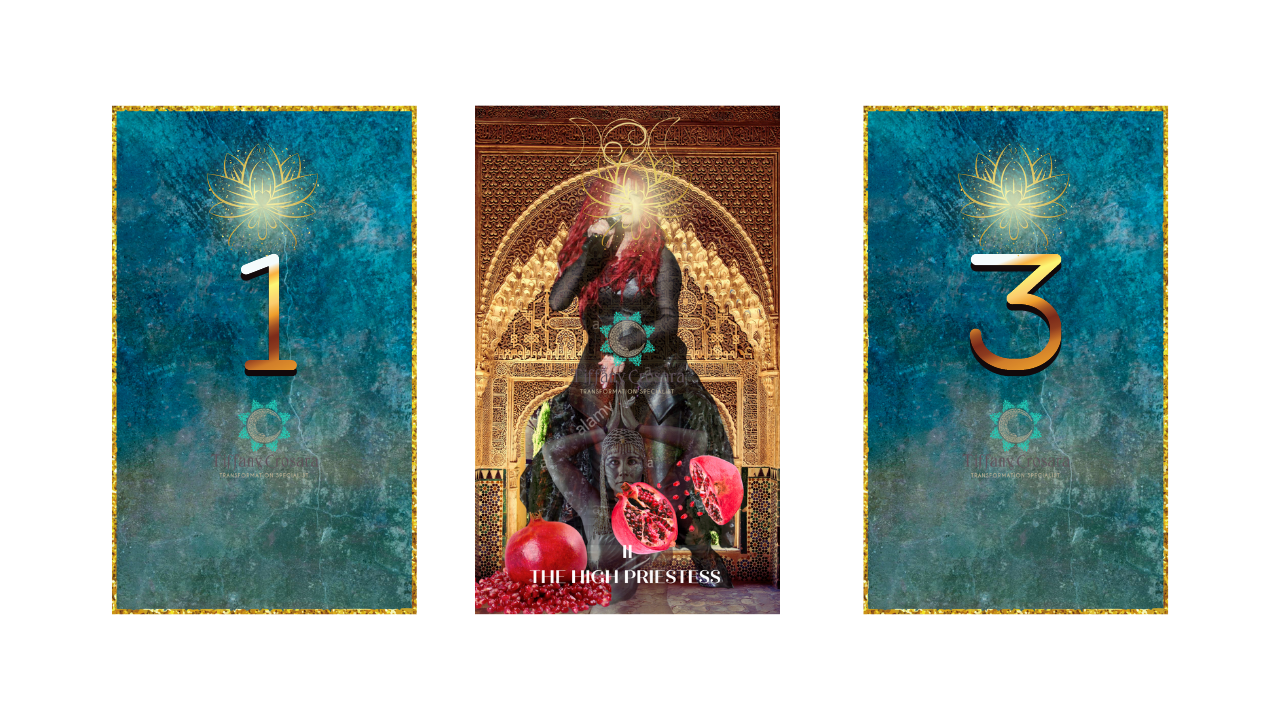 If you chose number 2? you got The High Priestess!

Rising from the underworld with pure powerful heartfelt passionate expression. Traditionally The High Priestess has a more graceful and silent demeanour but if you get this High Priestess the era of repression is over!

💃 Here we have Cyndi being Cancer (sign of The HPS) she expresses The High Priestess through her songs:

Cyndi is slightly see through because she is in two worlds pictured by the two windows of The Alhambra behind her framed by the dark and white pillars characteristic of The High Priestess.

The Alhambra in Granada - Spanish for Pomegranate - Granada is full of them and so is The High Priestess - the symbolism for both is the same, the ancient knowledge of mysticism & The Tree of Life, The High Priestess sits at the heart centre of the Tree (also in the window)

Personally I absolutely lived this journey when I lived in Granada - I have a Cancer moon and in astrocartography Granada falls on it - but this is Granada through and through it’s here I do the AstroTarotFlamenco Goddess in Granada Retreat and it initiates each and every woman who comes this way.

That’s why we have Isis (Egyptian version of HPS) rising up through Cyndi from the underworld with the pomegranate breaking open into two halves at her heart - the heart splitting from being in two worlds, but how that makes someone the Queen of magic - especially when they realise the seeds of juicy heart opening soul passion that were planted, sewn and ingested in the process.

💃 If you chose this card you are being called to plug into the power of your divine feminine, cast off external conditioning and allow your own unique passion, purpose and magic to come forth

Whop on Girls Just Wanna Have Fun, or True colours - if you can’t get to physically land your flamenco feet in The Alhambra in Granada that is…

The opportunity to do that very thing on 27th -30th of August is now here!

Can’t do that date? No worries there’s a second chance on 10th -13th September here.

Don’t leave it though! This retreat sells like Spanish Hotcakes! 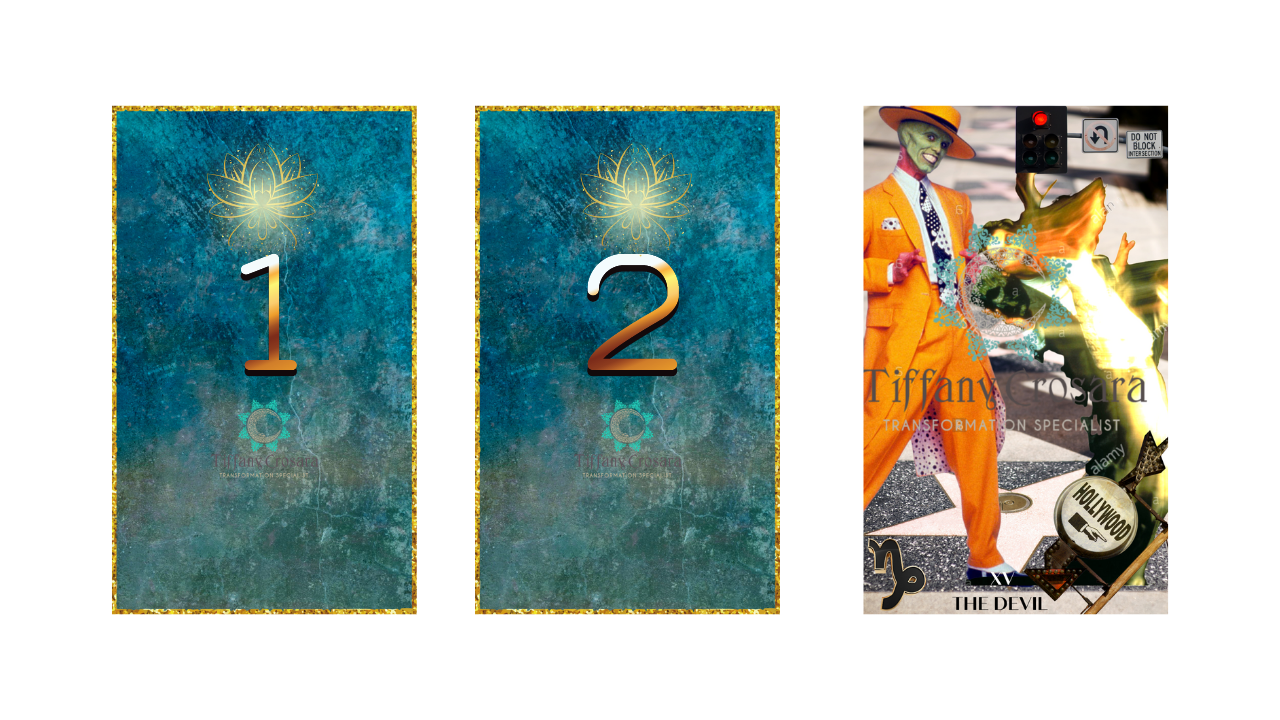 Got number 3? You got The Devil!

This is a very short, but sharp and powerful message:

It’s time to build that castle and no longer in the sky, no matter how many times the rug has been pulled out from under your feet, it’s time to get back up and draw on your deep intuitive gifts as well as your practical head screwed on magic.

Climb that mountain and if avalanches go with it, don’t fight it, trust in the divine, allow yourself to dive deep, have patience, keep the faith and don’t fear the deep dark sea, and the weird and wonderful world it thrusts you into the depths of.

Trust in the journey of the underworld and over time the tide will rise and propel you with ease, grace and flow to the very top of that mountain.

You’ve been called forth, even if you are flat on your back right now - it’s exactly where you are meant to be.

Wishing you a Super full moon,